The Recreation Ground and the GWR 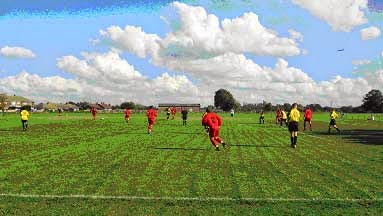 The beginnings: the coming of the Great Western Railway

The construction of the Great Western Railway main line to Bristol was originally intended pass through Windsor, Reading and Oxford. The University of Oxford objected, considering that such an innovation was a danger to life and limb; likewise objections were raised by Windsor Castle and Eton College authorities resulting in the railway being diverted and constructed at a more respectful distance from these places.

Within a short time plans were also put forward for a branch line from Slough to Windsor, but again objections were put forward by Eton College and some leading citizens of Eton which delayed the line for fourteen years

The inhabitants of Eton were summoned to a meeting on October 2, 1846, to consider the railway company's proposal. The calling of the meeting was signed by the town’s most influential people, with the Provost of Eton heading the list. Opposition to the proposal was voted out and the project was carried through. Certain obligations were imposed on the railway authorities, one being to place a watchman on the line to keep Eton boys from endangering their lives or the lives of passengers. This task continued late into the 19th century.

Another imposed condition was the payment of compensation by the Great Western Railway Company to the parish, for the extinguishment of commonable and Lammas rights. In the year 1852 the Railway company paid £246 5s.Id. (£246.51p). compensation money. Also in the year 1871 the Eton Local Board of Health paid £105 compensation money on land released for the open bed sewage farm.

The compensation money was invested in 2 3/4% Consolidated Stock in the names of three trustees, John Atkins, Thomas Hester and Edwin Aborn who invested it for many years. Questions were asked at the annual Vestry meeting by Eton public as to what use was to be made of it. Several proposals were made, but no satisfactory decision was reached for many years. 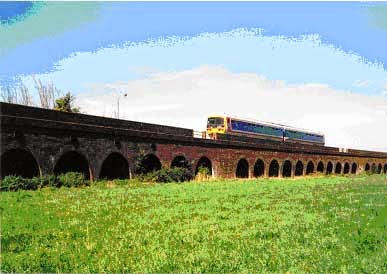 The Slough-Windsor railway viaduct, from the Eton Wick side. The railway to Windsor was completed in 1849. Initially it was carried on a wooden viaduct across the Slads , the wooden structure being replaced in the 1860s by brick arches.


On the 10th October 1895, the Board of Agriculture called a meeting of persons interested in the compensation money to consider the application. The meeting was held in the parish room, Eton, and the majority decided that the money should be used to provide recreation grounds for Eton and Eton Wick.

By this time the amount invested had accumulated to £964. 9. 8d. and there was cash in hand amounting to £18. 15.0. The meeting resolved that the money should be applied as follows:

Land to be acquired for Eton Wick Recreation Ground

The balance to be used to purchase land in Eton to be used
as a recreation ground for Eton, and to be vested in the Eton Urban District Council, under the provisions relating to Recreation Grounds of the Enclosure Acts 1845 to 1878.

The field for Eton recreation ground was a ‘Close of Freehold’ land called Ten Acres but actually containing 8 acres 1 rood and 21 perches, "situate in a place called Water Slade in the parish of Eton being part arable and part meadow".

The field was purchased by the three Trustees from Mr. James Darville of Windsor. It was legally designated to be used for ever more as a recreation ground for Eton, to be held and managed by the Eton Urban District Council and its successors.

This recreation ground was ready for use by the residents of Eton by 1896, but nine years were to pass before a suitable piece of ground was found in Eton Wick and the agreement of the Crown and the Lord of the Manor was obtained.

The Deeds for the Eton Wick Recreation Field, located at the east end of the 'South Field' within the village, were signed in 1904. After levelling and making good, the Eton Wick Football Club played there, having previously used Dorney Common since 1881. During World War II the recreation ground was ploughed for food production. 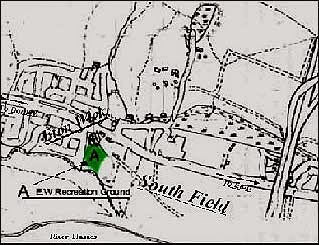