Memories of the Thames 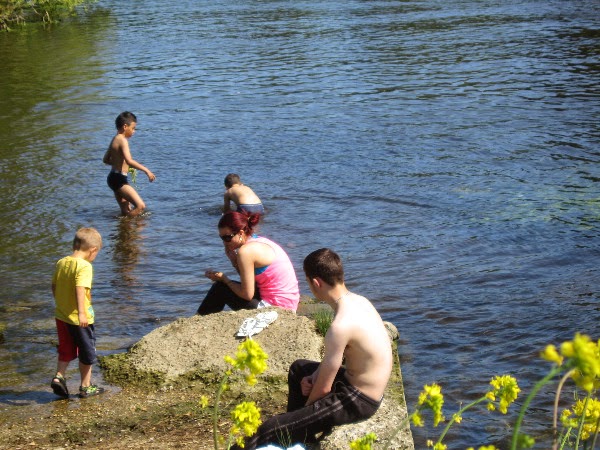 Memories of the Thames, from guestbook entries.

I went with my mates over to the lock on the Thames and we opened and closed the lock gates for a thrupenny bit a time from the boaters.

... I have never been back since but I will one day with my daughter to show her the beauty of Eton Wick and the memories I have of spending all my school holidays there... Going down to river to fish all day...

Happy memories of skating on the frozen floodwater and even of walking across the frozen Thames just above Windsor Bridge in the cold winter of 1962/63. Bet that will never be possible ever again.


Where the Thames flows wide and slow around old Boveney reach
Here as a lad I spent my lonely leisure hours.
On the towpath stood the old, tree-encircled church
Where so long ago the bargee's stopped to worship
On they're way downstream to markets in lower towns
Willows weeping green and yellow, leaned from the bank
Hiding the grey heron's favourite fishing place,
Along the bank meadowsweet and tall iris grew
Within the lane wood pigeon cooed in chestnut trees
In the rush bed sat tight the coot on hatching eggs
Water voles burrowed in fern'ed banks along the stream.
Dabchicks played bob hide and seek after fish to eat.
Circles in the stream, told where fish rose for the fly
A family of swans would paddle deep away
The cob, neck arched, wings raised, hissed his fierce defiance
Thrusting against the stream to join his nervous mate
Here I would sit to fish with hazel rod and line,
Feather float, bent pin baited with expectant bread.
Weir stream pike, patient, waited for food in the race,
In those days nothing disturbed our tranquillity
The world occupied with survival and with war.
To manhood I grew, the bugle sounded plane
The river and I would not know such peace again.

If you have any memories of time spend on or around the Thames at Eton Wick, let us know by sending a message from the Guestbook page.