Eton Wick in the 19th Century: The Village Grows 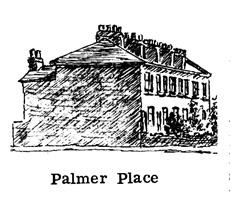 One of the most important features of the nineteenth century was the tremendous rise in the population and the growth of the towns and villages; Eton Wick was no exception.  It was by no means a constant or steady increase, nor was this to be expected but, crowding apart, it was the decades when the village saw an increase in the number of houses that also saw a rise in the village population. However, there was very little building land available; the jealously guarded Lammas rights saw to that. The alternatives were to divide the land already used for housing by either squeezing houses in between the older ones, or by shortening the gardens and building on them, or to dig up the orchard and meadow still within the village area. Of course, the reasons why any one of these things happened depended on the wishes, interests and, perhaps, the business sense of the individual owners of the land as well as the pressing need for houses.

The years after the Napoleonic wars were lean years, slump years when over the country as a whole there was a dearth in the building of cottages. Many were allowed to fall into ruin and people who had to make the best of such homes suffered.  Yet in Eton Wick at least seventeen houses had been built before the end of the 1820s. By 1841 when the first house-to-house census was taken, there were sixty-two houses, three times the number at the beginning of the century. Several were built by the owner-farmer of Bell Farm, John Atkins, such as Bell Farm Cottages, Prospect Place which used to stand between the Three Horseshoes and the Grapes, and the oldest of the Clifton Cottages opposite the Greyhound.  Others were built by Eton townsfolk who owned land in the village - Hardings Cottages which were demolished to make way for Clifton Lodge old people's flats and the Parsonage.

Most of these were rented working class cottages - the earliest were built of red bricks with peg-tile roofs, but as the century progressed yellow bricks and purple slates became ubiquitous. They were very plain houses with either one room up and one down, or more usually two; each house had a garden, though it was smaller than those of earlier centuries.  This is the housing that has mostly been demolished since the war - perhaps rightly so, for by today's standards it had many defects. Yet in its time it was very good accommodation, comparing princely with the back-to-back houses and cellar homes of so many industrial towns, or the one-room hovels of many country villages.  Several of the houses had wells and others pumps, though no doubt the brook was still used for water. Cottages were expected to share facilities as is clearly shown in a deed of 1833 which specifies the rights of the occupiers of the ten cottages making up Prospect Place to use the one well, one pump and one privy.'

Two houses did not fit into this general pattern. One was the large six bedroomed house, built 1826 as a gentleman's residence, 'convenient to Windsor and Eton and with a very pleasant view of the Castle'. Today this is the Parsonage; but if it was built as a speculative venture, which seems possible from the advertisement in the contemporary 'Windsor and Eton Express', it does not seem to have been successful, for within a decade the house had been divided to form three dwellings. The other was Thatch Cottage, built in 1833 by Isaac Deverell for his own use. It had quite a large garden and a shed probably used as a cow stall for he was a cowkeeper. 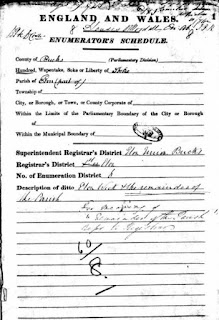 Posted by Steve Denham at 12:45 No comments:

GOODBYE AND THANK YOU CONNIE

It came as a surprise in October, to all the village, to suddenly learn that Connie and family were to leave their ‘Fish and Chips’ shop and the village the following week.  With no opportunity for proper farewells, we asked Chung, their son, to give us their memorable story:-

In 1988 a Chinese family moved into the village to take over what was then a fish and chip shop named Gray's.  It would start as a partnership with a third party and the business was named Eton Wick Fish Bar.

They were one of the first, if not the first fully non-British family to be welcomed to the village; they were here to work hard and try to make a living in what appeared to be a suitable area.  There were local amenities nearby: schools for their children and, more importantly, plenty of people who were interested in eating Chinese food.  Business was good, with people becoming more accepting, helped by the fact the children spoke English (and the food was good).  In 1994, the business partner was bought out and the shop was renamed Jade Garden.

For the next 22 years, Connie, Kevin and Chung (and a few different chefs) would serve the village and surrounding area with a warm welcome and smiles on their faces.  Families would move out, new families move in, older folk pass on, but Jade Garden, commonly known as Connie's, would remain part of the village.  Different generations of the same family would buy from Jade Garden: couples would start families; their children would grow and themselves buy from the shop and they later might have families of their own and thus the cycle repeated.

After working 60-70 hours a week for most of their working life, the time became right to sell the business and welcome a new era for Jade Garden.  The discreet announcement may have seemed quite sudden but plans had been quietly progressing for some months and it would not have been appropriate to publicise them until all was finalised.  Connie and Kevin may well have regretted not saying something sooner, as there was so little opportunity to say goodbye.  Rest assured, all customers/villagers/friends will be fondly remembered, especially by Connie with her exceptional memory for faces and names.

Connie and Kevin will be spending their years of retirement in their country of birth, Hong Kong; and their large family will certainly keep them occupied.  Nevertheless, they have promised to visit the UK when they can, so maybe some of you will get to see them again some day.

From the bottom of their hearts, the family thanks everyone who has ever supported their business over the years and made it such a success.

We heartily thank Connie, Kevin and Chung for all they meant to our community during their twenty-eight years here; and we do sincerely wish them all good health and happiness in their ‘going home’.  We also wish Jenny and her team every success in Eton Wick and may they be here at least as long as dear Connie.

Posted by Steve Denham at 10:43 No comments: