Their names shall be carved in stone 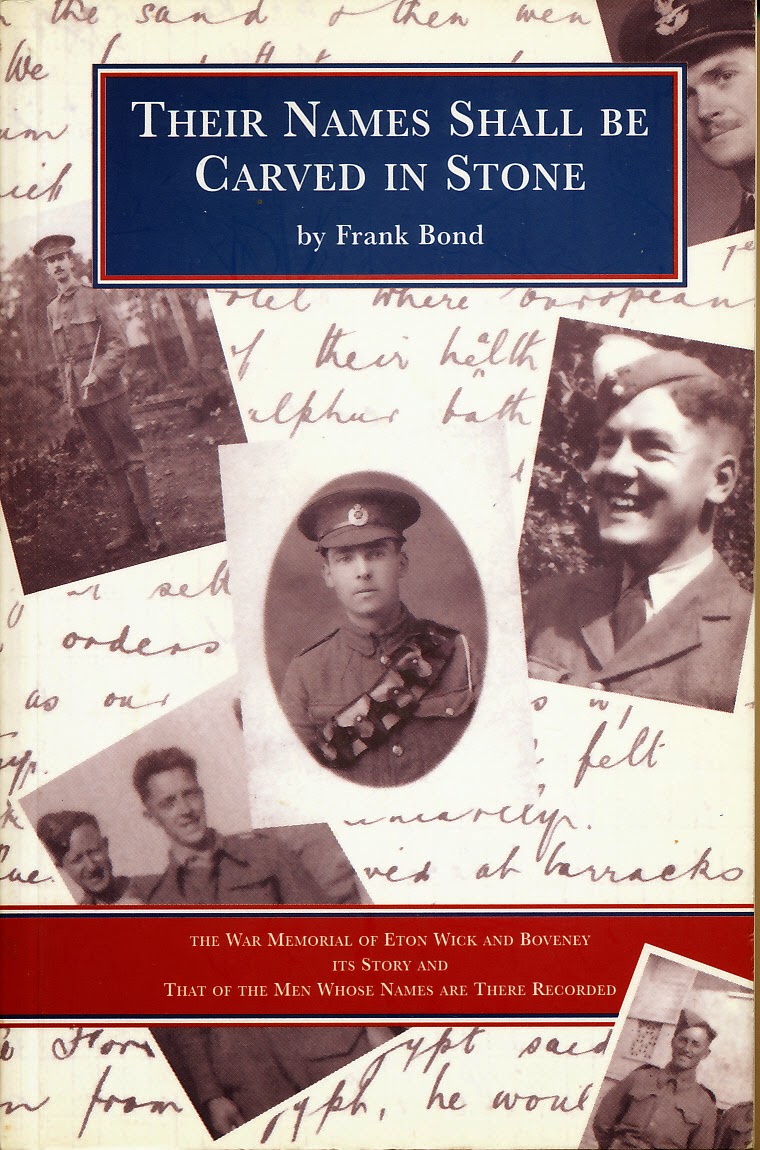 In 2000 Frank Bond, the founding Chairman of the Eton Wick History Group published Their Names Shall Be Carved In Stone.  It is a book about the 34 men who were killed in the Great War or World War 1 as it is now called. These particular 34 men called Eton Wick their home and are the men whose names are remembered on the village War Memorial.

It is now more than 100 years since World War 1 broke out on 4th August 1914. As Mr Bond’s book is no longer in print the History Group will republish the story of each of these service men as it is told in the book on this website

Their stories show that men from Eton Wick served and died in many of the theatres of war where the British Army and Navy saw action during World War 1.

Three men died in 1914 and their stories will appear over the next three months. The remaining 31 will published on the 100th anniversary of their death.
Posted by Steve Denham at 08:14

Email ThisBlogThis!Share to TwitterShare to FacebookShare to Pinterest
Labels: Their names shall be carved in stone, War Memorial, WW1