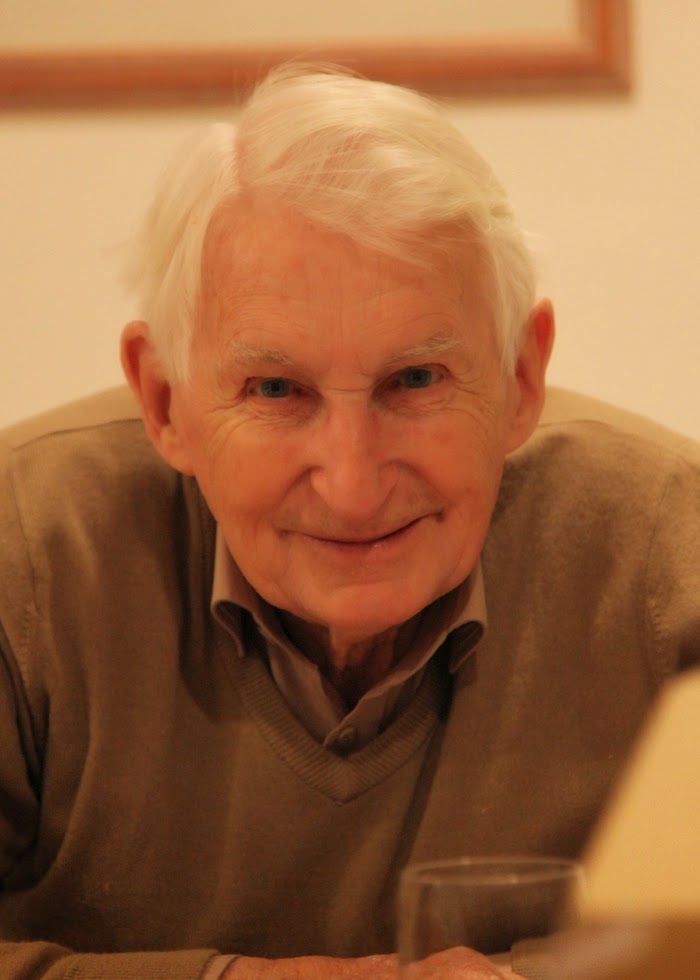 John was guided to Eton Wick in 1959 by the son of his landlady. He had recently landed a job at Specto in Vale Road, Windsor and needed to find a new home for Betty, his wife and their 4 children who were living in Tiverton. The suggestion was to visit J.T. Ireland’s development at Queens Road. When he and Betty met Mr Ireland and viewed the site a decision to buy was quickly made. The only snag was the 18 months it would take to complete the house number 45.

The time passed and he and his family moved from Devon at the beginning of September 1960. His first involvement in village life was applying to the village school to get two of his sons’ places. Mr Moss arranged to visit that evening and before he left John had been signed up as the PTA’s Pools collector for Queens Road. His youngest child, Amanda extended the family’s relationship with the school until 1969. Michael, his oldest was a pupil at the school for the1961 summer term having stayed on in Devon to take his 11 plus exam.

In 1965 he found his dream job at Vita Tex on Slough Trading Estate and stayed there for 30 years retiring only reluctantly on his 70th birthday. During his later years, he sometimes thought that the long hours he spent keeping the textile machinery going and the night time call-outs to deal with breakdowns may have been something to regret. His children knew otherwise as they could only remember he was always there to support them in their village endeavours. Whenever he was asked to help he would be there. The school, Cubs & Scouts, Brownies & Guides, Fetes & Fairs and much more benefited from his help.

When Judith Hunter wanted to publish her history research about Eton Wick, Frank Bond brought together a willing group of volunteers to make it happen. John and his family were part of this team to put on an exhibition covering Eton Wick’s history. He created a photographic darkroom in the roof of 45QR and son Andrew produced the hundreds of photos for it. He and his son Steven undertook a survey for a couple of maps of parts of the village that were not available from other sources. And then, of course, he created the display boards and stands. The funds were raised and ‘The Story of a Village: Eton Wick 1217 to 1977’ was published.

John worked on beyond his 65th birthday, first on a 3 day a week basis then he reduced this to 2. Frank Bond had an idea to help fill this ‘spare time’ and suggested that they and others set up a local history group. The Eton Wick History Group was formed, Frank became chairman and John the Treasurer. He undertook several research projects including the River Thames Bridges of Windsor, Circuses and Eton Wick during the Second World War. He was a regular visitor at Slough Library to undertake research and his friendship with one of the librarians resulted in this website.

He is greatly missed by the Eton Wick History Group, his family and all who knew him.

His personal memories of VJ Day, 15th August 1945 can be read here.