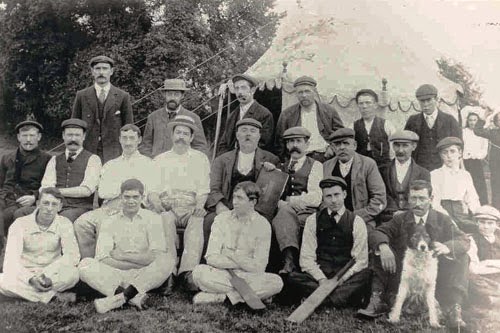 The Cricket Club was founded c. 1889 and played in its early seasons on the Great Common. After the 1914-18 war, home fixtures were played on Saddocks Farm, where the rural outfield attracted several visiting teams. The Club won the District Cup in 1931.

Who were these village sportsmen?
Posted by Steve Denham at 08:00