The Duke of Edinburgh visit to Eton Wick - 1952 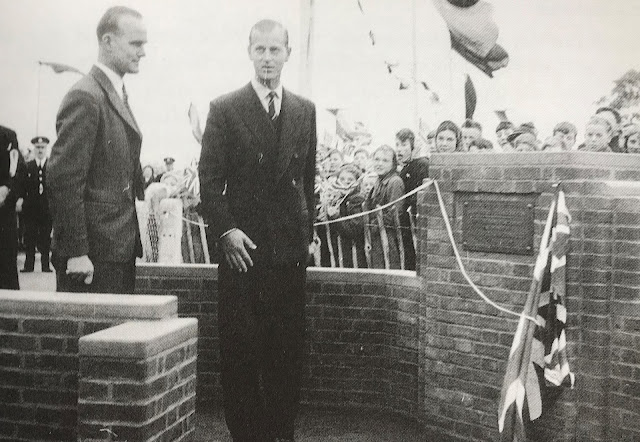 The Duke of Edinburgh opens the Stockdales Road Recreation Ground, October 14th 1952. The Duke, escorted by Jim Ireland, local builder and Chairman of the Eton Urban District Council, unveils the Plaque commemorating the opening. The much older existing recreation ground (by Eton Wick Village Hall) and the Eton Town Recreation Ground were established using money paid by the Great Western Railway in the 1890s as compensation for the railway viaduct constructed on Lammas ground in 1849. 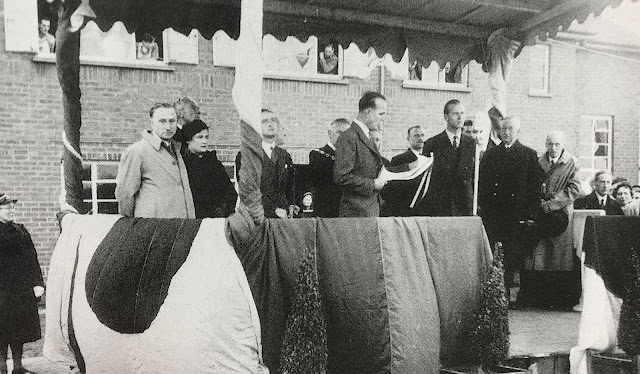 The newly built Stockdales Road flats overlook the dais as Council Chairman Jim Ireland makes his speech welcoming the Duke of Edinburgh. On the left-hand end of the dais is Councillor Bert Wolfe, Mrs Ireland, Clerk to the Eton Council George Lewis (white shirt and tie) and Mayor Jennings of Slough. Mr McKinnon, Bursar of Eton College stands behind the Duke, and the Deputy Chief Constable is on the Duke's left.

The children's play ground was modernised in 2008 with funds raised by the Eton & Eton Wick Partnership. The first edition of Our Village has an article about this.