It is unlikely that we shall ever learn much more about these first few centuries in the existence of the village beyond what can be inferred from its location, a Thames-side village in south Buckinghamshire, part of the kingdom of Wessex until the expansion of Mercia in the seventh century.

Whether any villager fought in these battles or merely suffered the usual devastations that accompany war we will never know.  However, it is a compelling idea that the villagers would have been caught up with some at least of the events so vividly described in the 'Anglo-Saxon Chronicle',  simply because of its location.

In 879 the defeated Danish Army fled from the victorious Saxons, on this occasion led by King Alfred's son Edward, to find refuge on the island of Thorney near lver. Here they were besieged by the Saxons until a treaty could be arranged. Would not the villagers of Eton Wick have helped to   provide food for the army and its horses?

In 1009 another defeated Danish army made its way down both sides of the Thames from Oxford to where their boats lay at Sandwich in Kent. There would have been no escape for the villagers of Eton Wick from paying the taxes that had to be collected in an effort to combat and pay off the marauding Danish armies, for the Wick lay too close to at least one of the residences of the Saxon Kings.  This was at Old Windsor and archaeological evidence suggests a royal palace from at least the ninth century.

There is a tradition too that the moat in Wood Lane, less than half a mile north of Eton Wick, was the site of one of the palaces of the Mercian kings.  No documentary evidence supports this belief but aerial photographs reveal the presence of an older ditch underneath and extending beyond the medieval moat.

Another tradition which derives from a time when Buckinghamshire was part of Wessex tells of a happier occasion. The 'Anglo-Saxon Chronicle' records the essential fact that Saint Birin converted the West Saxons to Christianity and baptised their king, but tradition tells that it took place at Bapsey Pool in Taplow.  If Eton Wick was already in existence in that year of 636, then its villagers would surely have followed the example of their king. 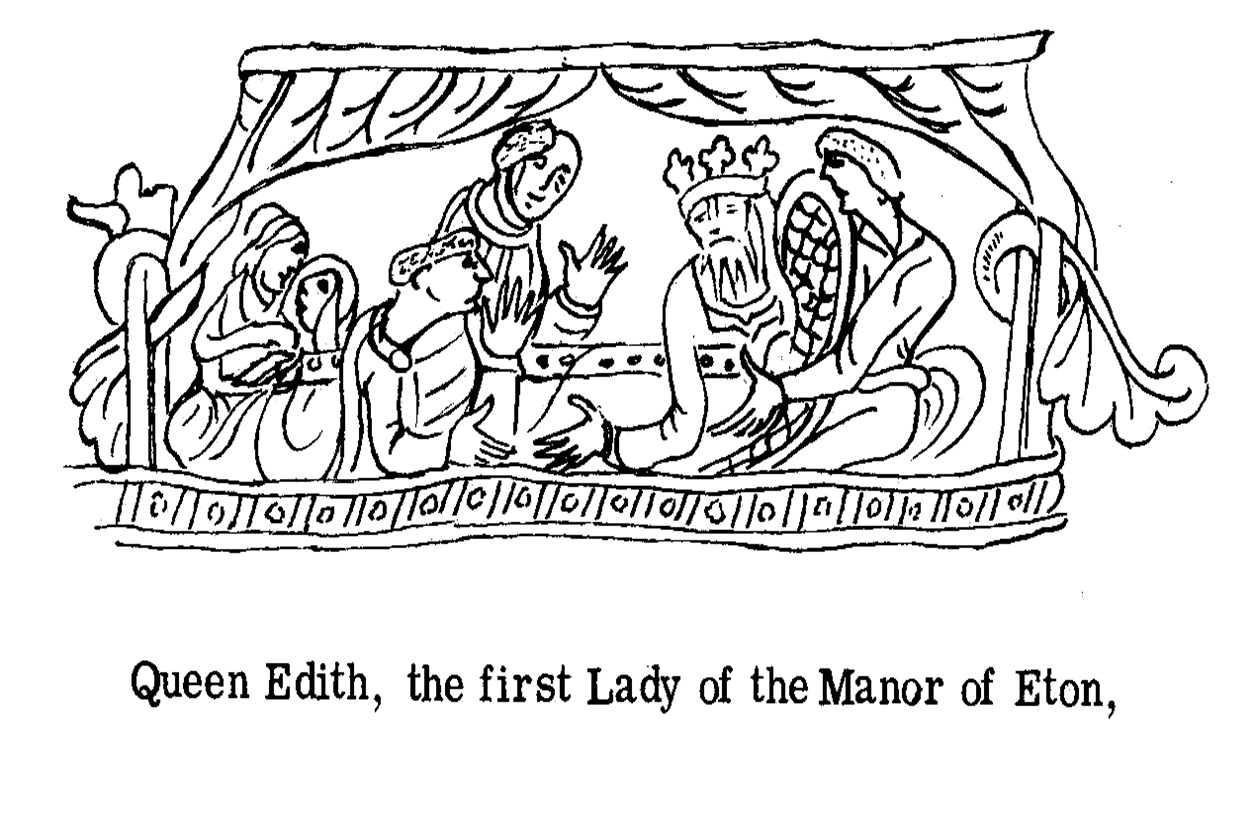 Four centuries later at the end of the Saxon period even if there were not yet a church .in the parish we can be reasonably certain that because Queen Edith, the good and pious wife of Edward the Confessor, owned the land of Eton, the spiritual needs of the villagers would not have been forgotten.

Email ThisBlogThis!Share to TwitterShare to FacebookShare to Pinterest
Labels: Anglo-Saxons, Judith Hunter, Kingdom of Mercia, Kingdom of Wessex, Local history, The story of a village, Vikings