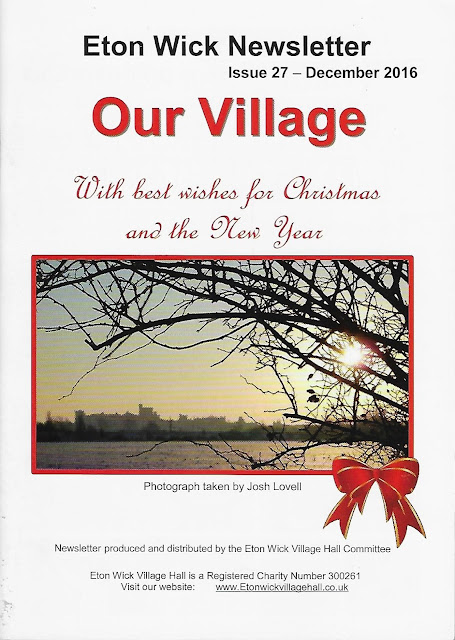 Village shops before the superstores (Part 2)


In the last article we reflected on the village's first shop; its various vendors, and subsequent shape of the pre WW2 era. By 1924 there were eight shops, most of which had originated as converted homes, and most had been established by villagers who after a few years had sold their businesses to non-locals. Almost certainly vendors had plied their wares long before the first recorded shop of John Kirby in the early 1840's. We can only by to imagine the long weary walk into town for goods that could neither be grown, nor reared or made, before Mr Kirby's arrival. 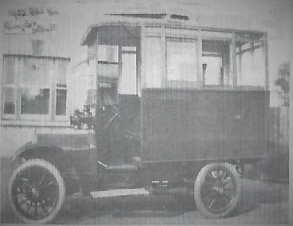 Eton Wick's first bus service was started by Mr Bert Cole c.1922. (Photo shows the bus outside the Rising Sun in Datchet). At first it was with a very small vehicle, but this was the beginning of a long line of improved buses. By the 1950's there were three buses to and from Windsor's Castle Hill every hour. The Windsor Bridge was not closed to vehicular traffic until 1970; and four years after Bert Cole's Blue Bus Service had ceased. Most of these years preceded general car ownership and television, and the big cinemas of that time were packed.

Consequently, so were the buses; as 'villagers flocked into town for the picture show. Frequently there were almost as many standing passengers as were seated. Throughout WW2 and for the early years after, Eton Wick was well served by most of its shopkeepers and vendors. In fact the only exceptions were due to military service, or material shortages. Tom Lovell's old shop at Ada Cottage was by now a millinery shop owned by two village ladies who were also the local Girl Guide officers. It was very probably wartime shortages of fabric that caused the closure of their business 'UNEEDUS'. For the remainder of the war the premises became home and shop to a London tailor, who was without doubt very well pleased to be away from the city air raids. Much of his village work would have been alterations and repairs, as few people could spare so many of their clothing coupons needed for a new suit or costume, which at best appeared skimpily made in order to comply with the 'Utility' regulations of that time. The fashionable three button double breast jackets and trouser turn-ups were not permitted, as it was considered an undue waste of material. Those old fashions never fully returned.

Clothes rationing really began to take effect by the mid war when the coupon allowance for adults was gradually reduced from sixty-six to forty-one per year. Jackets required thirteen coupons, and shirts or trousers eight, while overcoats were sixteen. Even hankies required a coupon and this was the only item, apart from soap, for which servicemen received an allowance. The war ended, but shortages of most things did not, and it was against this background that the Eton Urban Council somehow excelled by almost doubling Eton Wick's population within a decade. with the building of Colenorton Crescent, Boveney New Road and Stockdales Road on land previously known as Tilston Fields and Allotments, before obtaining Brewers Field, situated between the Shepherds Hut pub and the Institute (which we now call the Village Hall) and there building a parade of seven shops that opened in 1951. The rest of Brewers Field was developed as Princes Close.

Unwittingly this post war parade would slowly contribute to the demise of those scattered and converted shops that had served the village so well in peace, war and rationing. Six of the seven shops were allocated to traders new to Eton Wick although the grocer was from Windsor and the Baker from Eton. The shops were:

For the first time it became possible to obtain daily needs from one part of the village. Almost as a last act before becoming a part of the Royal Borough authority the Eton Urban Council built a second parade of shops off Bell Lane in 1973. Cautious of the village becoming a ribbon roaded built up area, the new parade was built at a right angle to the main road - not perhaps the ideal from a shopkeeper's view. The need was not the same as in 1951 and for much of the past forty three years the shops have had many varied uses. Previously this had been the site of twelve post WW2 pre-fabricated homes. The final blow to many of those pre-war shops came around 1980 with the growth of Superstores in Slough, Windsor and later, out of town. The early grocery shops to close included the two in Alma Road, followed by the Thames View Stores in 1977, which for a while became an Aquatic Shop; then in 1986/1987 that early shop of 'Pratts' at Clifton House finally closed and was converted into flats, and the St. Leonard Place shop site was redeveloped as Taylor Court flats. The first shall be last, and this was so with Tom Lovell's Ada Cottage shop. It had many different uses from hardware, post office, fish and chips, bakery, shoe repairs, home decorating materials, fishing tackle, tailors, milliners, cycle spares, printers and surely some I have forgotten.

For many years after its business uses, Ada Cottages, although becoming residential, still retained a shop front appearance: a just testimony to its long chequered place in the past village life. Long serving George Mumford the butcher was undoubtedly much affected by the competition after the Council Parade opened in 1951, but it was probably age and failing health that brought about his later retirement. Certainly the presence of another butcher would have diminished the value of his business when he retired and sold-up. This article is about the early shops and has no reference to the post-war businesses of 'Priors' and 'Mikes' in Moores Lane. This originated in c. 1957 when Mr Bill Sibley brought his long established news agency from the family home in The Walk to Primrose Cottages, at the Alma Road junction with Moores Lane. He then installed petrol pumps along the side in Moores Lane. Twenty Years later the house and pumps were transferred to John and Pat Prior who considerably enlarged the retail outlet and were highly regarded in the community. After retirement the shop became purely residential in 2005, and the pumps had closed. Nothing is for ever, and the dominant Superstores found the need to diversify by opening smaller shops to compete with the surviving small shopkeepers. Now they in turn have changes to accept in the rise of 'on line' shopping, and the smaller selection with lower prices offered by Continental chains of Lidl, Aldi and others. It seems the only thing not to change is the need to keep on changing.