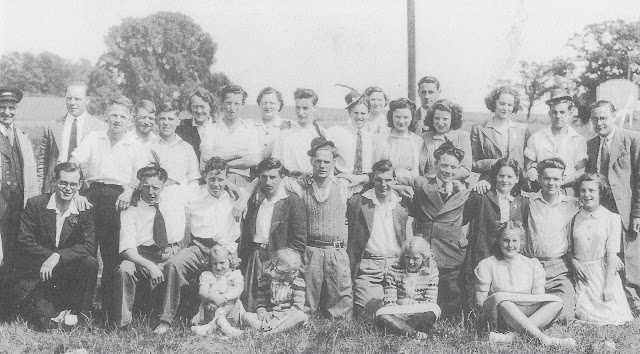 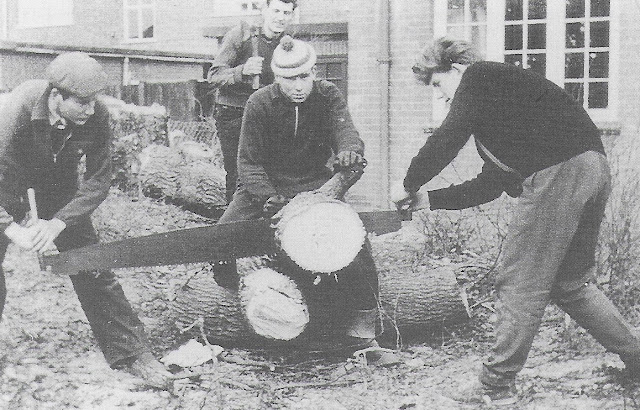 Eton Wick Youth Club members cutting logs for the aged in 1956. Sawing logs: Geoff Pardoe, Mike Knight, and sitting on the timber is John Alder. The axeman is Bill Critchell.

From 1955, club boys chopped logs and delivered them to the aged. In 1956 alone over 11,000 logs were delivered. Trees available for logging were notified to the club by the Council and Eton College. Club girls supplied the loggers with refreshments. For its services the club was awarded the Hospital Saturday Fund Cup, received a written commendation from the Buckinghamshire County Council Chief Education Officer and was featured in the National Boys Clubs press (see picture). The Club age range at the time was 14 to 21 years. By the end of the 20th century, the age range had reduced considerably, partly by the introduction of a junior club in the 1960s, and partly as a reflections of nationwide social changes. 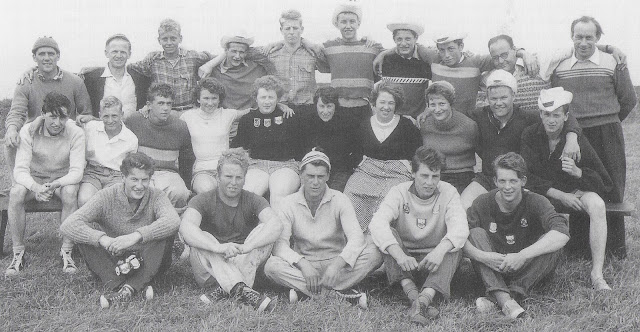 Eton Wick Youth Club Camp, St Ives 1958. For many years the Youth Club held an annual two week summer camp in Cornwall. The club worked hard to raise funds to buy camping equipment. In these days the cost to the members varied according to age and was typically (rail and coach fares inclusive) from £8 for 15 year olds, rising to £16 for 18 year olds and adult helpers. 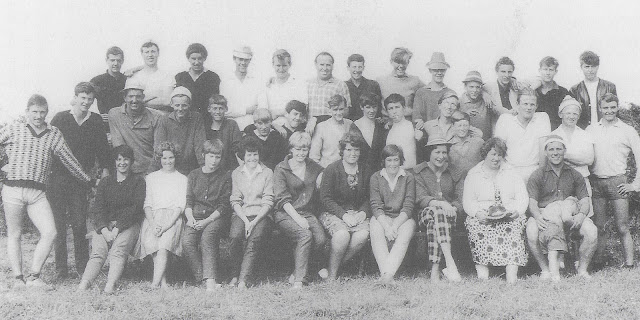 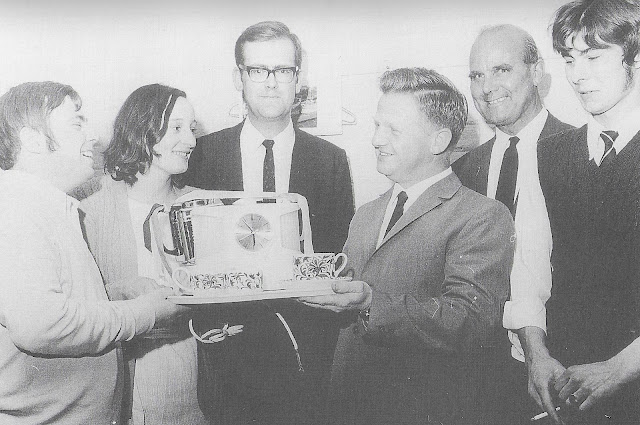 Many of the village's former teenagers from the 1950s onwards will have happy memories of their days as members of the Youth Club. The club also attracted members from surrounding towns and villages. Quite a number of members in fact went on to marry their fellow club members. In this picture, Frank Bond, club leader from 1950 to 1961 and chairman for many years after that, receives a presentation to mark his retirement as chairman from Chris Foreman and Val Chamberlain (to become future married partners). In the centre is Mike Newlands, former leader and new chairman. To the right of Frank is Patron and former chairman Jim Ireland and club member turned leader, Geoff Low. 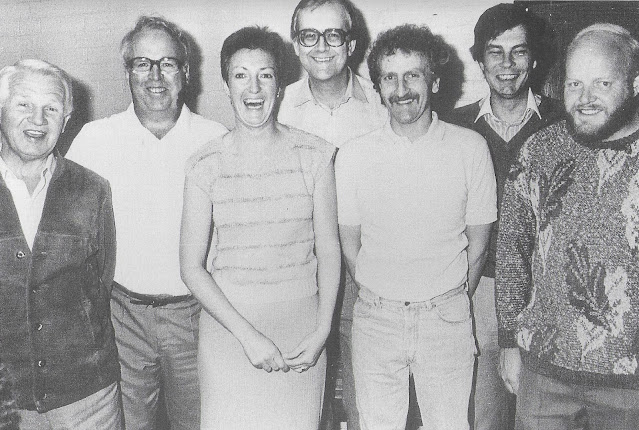 From left to right are Frank Bond, Richard and Carol, Mike Newland, John Lovell, Geoff Low and on the right, the then current leader, by this time paid and appointed by the County.

There are six leaders or former leaders of Eton Wick Youth Club in this photograph, taken c1987 at a reunion when former club members, ex-leader and marriage partners Richard and Carol (née Chamberlain) Jordan returned from New Zealand for a holiday. After being a club member in the 1950s, Richard took on the leadership of the club and later became a full time youth worker at the Hook, Chessington Youth Club before emigrating to New Zealand in the 1970s where he initially continued with his full time youth work.

You can find other articles on Eton Wick History that mention the Youth Club by clicking on this link.

If you were a member of the Eton Wick Youth Club please share your memories in the comment box below.