Alfred was a regular serving soldier whose family home had been in Aylesbury. It was probably as a married man he came to live at Violet Villas, Alma Road, Boveney Newtown, and this decision was undoubtedly influenced by his Grenadier Guard service at Windsor.

At the outbreak of the Great War the 2nd Battalion was stationed at Chelsea as part of the 4th (Guards) Brigade. Eleven days later, August 15th 1914, they landed at Havre and were soon marching toward Mons to stem the German advance through Belgium. French forces, on their right flank, were obliged to withdraw and this in turn caused the British I and Il Corps to also fall back. It was during this exhausting retreat from Mons, in September, when Eton Wick suffered its first war fatality, with Sergeant Caesar, also of the 2nd Battalion Grenadier Guards, being killed at the Forest of Villers Cotteréts. Despite very different ranks, both men had much in common. Both came to the village as married men, they both lived in Alma Road, both served in the same unit and when eventually the war ended, each had left a widow with a young family. Happily both widows married again.

The 2nd Battalion Grenadiers went on to take part in the Battle of Loos in 1915 and the Battle of the Somme in 1916. In August 1915 they had left the 4th Brigade and joined the 1st Brigade Guards Division. The Somme offensive of 1916 was five weeks old when the Battalion first became involved. In September they cleared enemy trenches near Ginchy at the point of the bayonet. Casualties were heavy and amounted to 378. Ten days later during another assault, they suffered a further 351 casualties.

The following year, in 1917, the Battalion saw more fierce action in the Third Ypres battles, culminating at Passchendaele. We know Alf came home on leave in 1915 before taking part in the Battle of Loos, and that this was probably his last trip home. Following an intense artillery bombardment of two weeks, the Ypres battle started along a 15 mile front on July 31st 1917. The front extended northward from the Lys river opposite Deûlémont to beyond Steenstraat. Alf was with the Guards Division as part of the 5th Army, which held half of the 15 mile front and was situated on the left of the line with the French Army on their left flank.

Unfortunately torrential rain had accompanied the shelling, causing sticky quagmire conditions for the advancing troops. Initially the Guards were able to occupy German trenches with relative ease, because the enemy thought mines were about to be detonated in the area. The general allied attack was launched at 0350 hours on the 31st but because of the Guards' advanced positions their attack took place 33 minutes later. On this day Alfred Brown was killed. It could have happened during the initial attack at 0423 hours or later in the day, there is no way of telling. Under appalling conditions the Passchendaele battle raged on until, nearly four months later, the ridge was taken and the fighting stopped.


All Battalions suffered heavy casualties throughout the war. Accurate figures for the losses suffered by the Grenadiers are not easily available, but it may be instructive to look at a similar unit, the 2nd Battalion Coldstream Guards. They served alongside the 2nd Grenadier s, marched away from Windsor barracks on August 15th 1914 at full strength of approximately 1000 men. When they returned in 1919 only 15 soldiers remained of the original Battalion.


Alf was buried in Artillery Wood Cemetery at Boesinghe north of Ypres, Belgium. The cemetery was first used by the Guards after the Pilkem Ridge battle on July 31st 1917. It continued to be used until March 1918. There are 1295 recorded burials in the cemetery, 1243 of them being from the U.K., 40 Canadian and Newfoundlanders and the others from Australia, New Zealand and South Africa.

Alf left a widow, an infant daughter, Hetty, and a baby son, Omar, who was himself destined to be killed in the 1939-1945 war. Mrs Brown married again, and as Mrs Wicks had another daughter, Gladys. The family moved to 6 Northfield Road, Boveney Newtown.

Alf's grave in Artillery Wood Cemetery is No. 19: Row C. Plot 13. He was aged 34 years. He is commemorated on the Eton Wick Memorial and on the Eton Church Memorial Gates. The spelling of his surname on these memorials is at variance. The grave headstone in Belgium and the Eton Wick Memorial give the name as A. Brown, but at Eton it is spelt as Browne. His son Omar, killed in 1941, is given as O.A. Browne and the cemetery register reads "L. Cpl. Omar Alfred Brown, son of Alfred Browne and Ester Ada Browne of Eton Wick, Buckinghamshire". 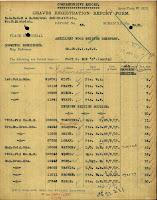 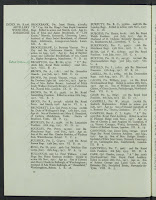 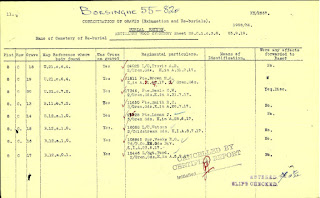 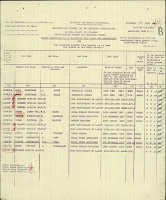 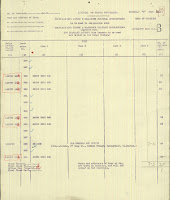