Time for Reform: A Church for The Village 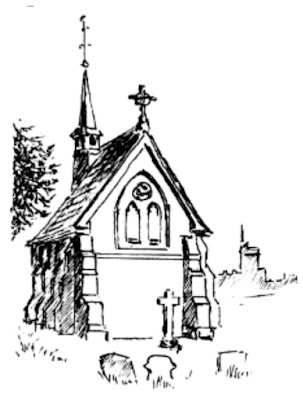 From its earliest beginnings Eton Wick had been dependent upon Eton with seemingly few amenities to offer its inhabitants apart from the countryside and the village inn. Very early in the nineteenth century, however, a new influence reached the village in the energetic form of George Bedford. Much of the story can only be guessed. It is known that his father became the first resident minister of the thriving Congregationalist Church at Windsor in 1804. Very soon afterwards George started a Sunday School in the town and two years later one at Chalvey. Others were begun at Winkfield, Langley and Eton Wick; teachers were supplied from Windsor and services were conducted in a cottage or barn - whatever was offered. This did not merely bring to the village Christian teaching and a chance to worship without travelling to Eton or a neighbouring village, but an opportunity also to hear about new ideas and codes of behaviour and even to learn to read. Like other Sunday Schools of the time, the one at Eton Wick would have taught reading to the children, and it is possible, as at Chalvey, that classes for adults were held in the evenings.

In 1833 it appears that the Sunday School with its forty-six pupils was meeting on the Boveney side of the boundary and probably attracted children from both Boveney and Eton Wick. Unfortunately, however, there were difficult times ahead; in the late 1840s the Windsor Church became split and seemingly unable to look after the village meetings and Sunday Schools; for a time, Eton Wick came under the wing of William Knight of the Chalvey Congregationalist Chapel. The Sunday School was closed though services continued to be held in a barn, probably one belonging to Manor Farm; for at this date the tenant farmer, George Lillywhite, was a member of the Chalvey Chapel.  There is also a tradition that the cottage next to the farmhouse was once used for worship. Twenty-five people attended the services on 'Census Sunday' in 1851. Later services seem to have been held in one of the Bell Farm Cottages, for in the 1861 Census Schedules there is an intriguing entry on the line between that relating to these cottages and the Shepherd's Hut which simply says 'chapel of ease'. Then in the mid-1870s the meetings were held in an Iron Room or 'tin chapel', specially built for the purpose which is thought to have stood between Clifton Cottages and the common.

The nineteenth century is often called a century of reform and both church and government were affected by, and affected, the times.  The Evangelical movement within the churches and chapels generated much of the enthusiasm and crusading spirit that brought about the expansion of the Congregational Church It also brought the Wesleyan Methodists into the village in the late 1820s, and in time affected the Church of England in Eton. This did not happen until after 1831 when two new masters came to Eton College.  One of these, Henry Harper, became a conduct (or chaplain) under the Headmaster, Dr Hawtrey, who was responsible for improving conditions within the College. Through his enthusiasm services were made more interesting and instructive, the poor were visited and in 1840 a schoolroom was built at Eton Wick.  It was quite a small, brick building, only one room 29 by 21 feet, though large enough for all the children of the village should they attend.  It was built on land which had been part of the garden of the Greyhound. Today the site is occupied by the Post Office, and pieces of school slates are still being dug from its garden.

This was not the first school in the village; a dame school with twenty children was reported in a survey of 1816, but undoubtedly it was short-lived and of poor standard. Many such dame schools were nothing more than childminding agents, overcrowded and badly looked after. The school built in 1840 had much higher aims; the mistress probably received some training and was appointed by the parish; its finances were in the hands of a treasurer. The villagers responded by sending their children to school, finding the necessary weekly penny and two pence per child from their meagre resources. (Schooling was not free until 1890). The 1851 Census data show that over two-thirds of the children aged between four and fourteen and even a few younger ones went to school: this was well above the national average. In 1857 the ladies of Eton subscribed so that a Ladies' Class could be established at the school. Four privileged girls were educated and clothed free until they were fifteen and then found good places in service. A night school was begun for adults and in many years about twenty people enrolled, though few stayed the session.

Once the College was awake to its spiritual and pastoral responsibilities in the parish the presence of the Congregationalists in the village suddenly became unwelcome, or so it would seem from the contents of two letters sent to the Bishop of Lincoln in February 1841. (Buckinghamshire was in the Lincoln diocese until 1847). The letters asked if the newly built schoolroom could be licensed for divine services ' in order to counteract the evil practices of the Dissenters' who met in a barn in the village.  No mention was made that they had been holding services in Eton Wick for nearly forty years!  In May the licence was granted and from then on services were held each Sunday evening by one of the conducts and a Sunday School each afternoon. On 'Census Sunday' in 1851 eighty people attended the service and twenty-eight children the Sunday School.

For fifteen years the schoolroom served the village quite adequately as a church, but the increase in the numbers of houses in the 1860s made it far too small. In 1865 the first steps were taken to build a church in the village. A meeting was held with the Provost in the chair and soon afterwards a Subscription List was begun. Not unexpectedly most of the money was contributed by the town and College, but over seventy of the eighty households in the village made their contribution, and if many had to be made as weekly sums of a few pence, it must be remembered that weekly wages of many of the men can have been no more than ten shillings.  Queen Victoria gave £100 and the site, a corner of Sheepcote Field. In August 1866 the foundation stone was laid by Provost Goodford and by the middle of the next year the church had been consecrated and dedicated to St John the Baptist.