Tough Assignment - The 1960's and the 80th Anniversary of the Chapel

By the sixties the pace of life was recognisably changing once again. Membership of the chapel continued to rise, reaching forty-three in the summer of 1962, when eight new members joined - all ladies. A Ladies Club had been formed the year before, though the two events were not directly connected. The club met, as it still does, fortnightly in the Tough Memorial Hall. Mrs Hilda Paice became its first president. Meanwhile the Sisterhood consisting of the older generation of ladies, remained the backbone of chapel life. The 60s though, will be remembered mostly for the great rummage sales for missions which were organised by Harry Cook when many hundreds of pounds were raised for this worthy cause.

The Sunday School was still well attended, though not as well as in previous years. Numbers had dropped to about seventy again. There was now considerable competition for the children's interests. Homework, family outings and even a rival Sunday School run by the Gospel Tabernacle were all offered as reasons for the falling numbers, but these were merely the echo of the reports being given in churches and chapels all over the country. Sundays were changing and fewer parents were willing to send their children regularly to Sunday School. There had been a time when a significant proportion of the parents, consciously or unconsciously, used the chapel to gain an hour or two of quiet at home, but now many of the new generation of parents with more leisure time were using Sundays as a day for family outings. The Sunday School had for some years been held only on Sunday afternoons, and now in an attempt to meet the changing circumstances the time was changed to Sunday mornings. Scripture exams, however, were still being taken and it was with pride that Miss Morris reported to the leaders meeting in May 1965 that 13 scholars and one teacher had sat examinations and that all had passed - three with honours and eight with first class results. The Cradle Roll listed seventeen names and there was an expectation that five or six more would soon be added. It was suggested at the leaders meeting that mothers of new babies should be approached and asked if they would consider having their baby christened at the chapel, and even if the child was christened at the Church of England his or her name could be added to the Cradle Roll if the parents were willing. Some reservations -for this were expressed and it was hoped that in the future a kind of 'caring arrangement' might be initiated and the Cradle Roll kept for babies baptized into the Methodist Church. 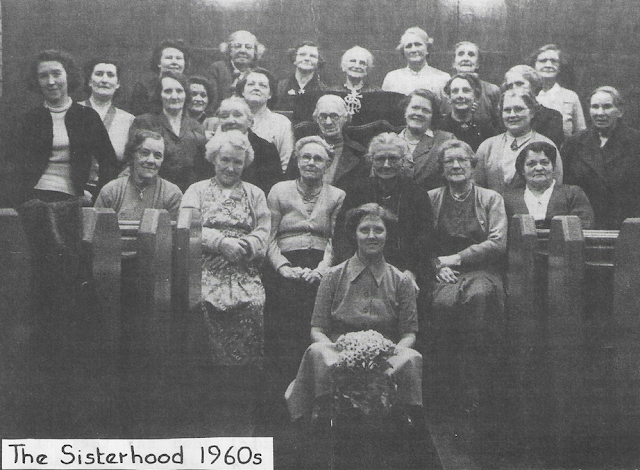 There were problems with the junior youth club, attendance was erratic and in 1963 it was reported that the club had not met during the last session. Meantime Mr Thorman had tried to form a club for the older children. Unfortunately, of the twelve youngsters who came to the first meeting, only two were Sunday School scholars, and the rest failed to respond to any encouragement to attend chapel. After some 6 to 9 months, it was felt that, since the main purpose of youth work was to bring young people in touch with Christ through the fellowship of the Church, the club was reluctantly discontinued. Two years later Mr Thorman tried once again to start a chapel youth club. He was determined that the club should be firmly attached to the chapel and aimed at creating a sense of Christian responsibility. The number of youngsters who joined was disappointingly small, but the club did meet for about two years and during that time made two cine films and several models. The club started its own car washing and gardening scheme to raise funds for the wooden annex extension which was built to accommodate the Beginners Sunday School Class. 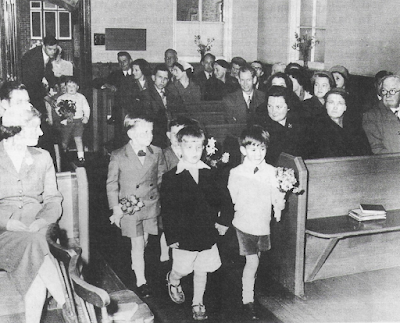 The life of the chapel by its adult members shows an equally mixed picture. Dennis Nelson became a local preacher. Class meetings continued to be held on mid-week evenings in members' homes until in 1964 when alternate meetings were held in the chapel conducted by the Rev Kenneth Bate. Leaders' meetings began to be held quarterly instead of only once a year and the minutes revealed a little more about some of the activities, in particular those that concerned money raising. In 1964 the Overseas Missions raised £67, JMA over £93, Womens Work £43 and by weekly subscriptions the Ladies Club collected £62 for the Freedom from Hunger Campaign and nearly £5 for the Ivory Coast Hospital Scheme. Ever since the introduction of Poor Stewards in 1932 money had been collected for the sick members of the society and in October 1965 the minutes record that the income was £9 2s 8d that year and £3 2s 7d had been spent on gifts and flowers during sick visits. There is a reference to a bazaar being held one year and a coffee evening at the home of Mr & Mrs Peter Morris. This soon became a common way of raising money. There were mentions too of missionary meetings which included showing films and a Circuit Youth weekend at Henley to which four young people from Eton Wick were invited. Harvest Festivals, Chapel and Sunday School Anniversary services had always been part of the chapel programme, but sometime in the 1960s monthly Family services were introduced. At Christmas the annual Toy Service became a tradition and Sunday School children were encouraged to bring good quality toys of their own to give to children in need. The toys brought to these services were given to children in care at Fraton's Nursery, Maidenhead and later to Yewtrees Childrens Nursery in Slough.

With so much money raising perhaps it is not surprising to find the leaders meeting discussing the state of the general chapel finances and deciding to send letters to each member asking them to join the Envelope System if they had not already done so. At least £5 was needed each and every week for the normal running expenses. Meanwhile the trustees had committed the society to renovating the chapel itself. They had even considered the idea of re-building as part of the Eton Wick redevelopment scheme of the early 1960s. Instead, efforts were concentrated on raising money for a Sunday School Anniversary Service, 1960s new organ and a new wooden annex to replace the shed at the rear of the premises which had been used as a store for about ten years. Over £200 was raised for the organ when it was learnt that Mr Iona Smith, a considerable benefactor to the people of Slough and neighbourhood, was offering the chapel an organ as a gift.

The gift was most gratefully received and the money put towards redecorating and re-equipping the chapel. The wooden annex built by Harry Cook and used mainly for the beginners Sunday School class has long been affectionately known as the 'Cook house'. A new pulpit was also built by Harry Cook from one brought from North Street Chapel at Winkfield which was closed in 1965. The moulding round the windows was showing its age and this was covered with panelling. Some walls in the schoolroom were replastered and the whole area repainted. Pews also taken from the North Street chapel replaced the original forms which had been used since the time that the chapel had opened. Thus, renovated and refurbished the chapel was re-opened with a rededication service held on 22nd June. At the thanksgiving meeting held in the evening the Dean of Windsor gave the address.

The chapel was now 80 years old, the same age as its leader, Mrs Annie Chew. She had been a society steward for thirty-six years and an active worker for much longer. Indeed, except for a few years just after her wedding, she had been part of the chapel life since she was two years old. But at last the connection was broken when she died on 26th September 1966. At her memorial service she was remembered as a homemaker and churchmaker and the width of her vision and her love for other people. Only a few months before, her generosity had meant that the plans for a renovation of the chapel could go ahead without waiting until more money could be raised. To many people she was the chapel and with her death another ear had ended.