At the meeting on the 29th October the Group was saddened to hear of the deaths of Miss Banham and Ernie Gyngell. We shall miss them both and our sympathies go out to their families, particularly to Mary Gyngell who has not only to cope with her bereavement but also is to have a hip operation - despite an of which she still produced her usual trays of home-made cakes for the evening's tea interval.

So it was in sombre mood that the Group settled down to hear Frank Bond take them through some of his collection of old photographs of the area. However, spirits were soon lifted as he dealt with each photograph in some depth, producing a history in pictures which commenced with a slide of a picture of Eton High Street dating back 150 years. Some of the photographs were taken at the turn of the century and it was fascinating to register the changes which have taken place over the years; interesting, too, to have Mr. Bond identify so many of the people in the photos; and not just his own family, as in the 1895 snap of boys (one of whom was his father) on the footpath to Chalvey carrying huge bunches of dog-daisies to be sold at Dorney Gate or Boveney Lock but also others such as Alf Quarterman, Hammer Stannett - perhaps the last real Hayward, and John Henry Kemp the lockkeeper.

Many of these older photographs were taken by Mr. Lovell, who ran the local combined Post Office, bakery, and hardware shop; others were by Mr. Hearn who came from Sunbury to Eton Wick in 1908. He was a saddler, his shop sign said he also repaired umbrellas, and when his wife died, he finished with the shop and set up an engineering works in Victoria Road; he also started a taxi business with a Model T Ford. 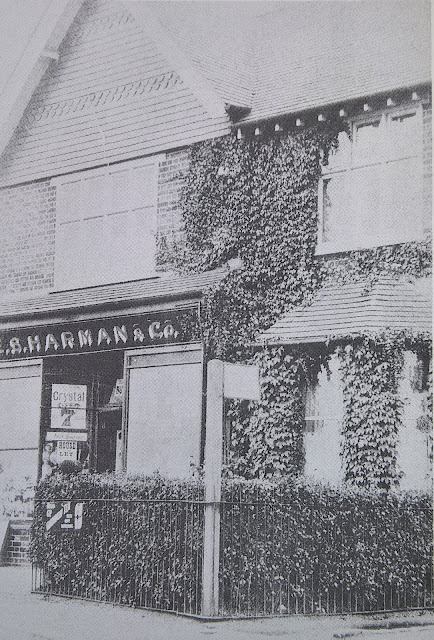 We heard how the original (1840) school, at the top of The Walk, was made into an institute for men and boys when the present school was built; and how the institute was turned into a shop in 1902 by a Mr. Pratt - whose painted sign can still be seen on the side wall 95 years later; the shop then passed through the hands of a succession of owners: Harman from 1908, Anderson from 1913, and then various others until 1988/89 it was converted into the flats we see there today. 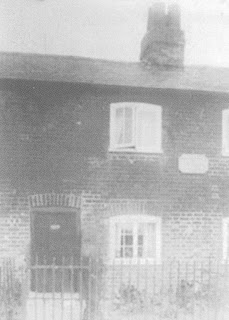 Villagers reminisced over photos of our two old village ponds, including one of the 'big' pond taken in 1920 with Mr. Bond's sister, Eva (now 83) standing by the fence. This big pond was deep enough to swim in, and it existed until the 1930's after which it was filled in. In yet another shot we could see the ten houses which made up Prospect Place: these houses were mainly 'one-up-one down' with shared toilet facilities, and one at least of them housed a family of eight! And it is hard to believe that the 'modern' houses at the end of Common Road closest to Bell Lane contain the structures of the original old properties, which simply had an external skin and roof built over them to modernise and increase the size of the accommodation. One of the lady tenants had this work carried out around her whilst she remained in the property: she would not move out for fear of losing her Lammas grazing rights. Unfortunately, she suffered such hardship during the course of the work that she fell ill and died soon afterwards.

There were happy photographs of haymaking and of children running races during what must have been a celebration of either Empire Day or the Coronation of Edward VII; and there were the sadder ones as of the unveiling of the War Memorial at the Parish Church. But what the evening brought home to the Group more than anything else, was the importance of keeping a photographic record of our ever-changing surrounds - whether it be new construction it the removal of an old 'landmark' like the old air raid siren. All should be recorded for posterity with details on the back of each print giving the date, the location and the names of any people captured in the frame. 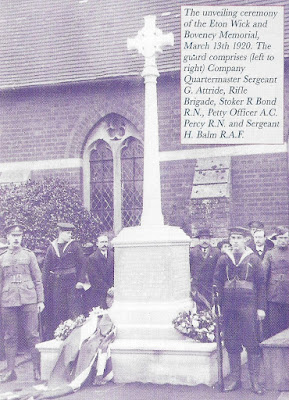 The next Meeting will be on the 10th December when the topic will be 'THE OLD CHRISTOPHER INN (opposite Eton College Chapel) with punch and mince pies to follow.

During the 1990's the Parish Magazine of Eton, Eton Wick and Boveney reported on the meetings of the Eton Wick History Group. A member of the audience took shorthand notes in the darkened hall. This article was published in the September edition of 1996.