World War 2 Eighty Years On - December 1941 - War in the Far East and The National Service Act No. 2

Before the end of 1941, the war spread to the Far East with the attack on December 7th by Japan on the United States of America. Countries of the British Empire were also invaded (Burma, Malaya, Hong Kong, and Singapore) and to these new theatres of war Eton Wick servicemen went; some were to die in action, others of malnourishment and disease after being taken prisoners of war.

The National Service Act No.2 received its Royal Assent on 18th December and it enabled the Government to conscript Women aged 20 to 30 years for munition work or for the Armed Services; later it was to cover age groups 19 to 51 years. This Act altered many women's lives as they were directed to aircraft factories, munitions, shipyards, public services, or the Armed Forces. The demand from the factories for labour to replace the men called up for military service soon found women from the village drafted to munitions. Two such people were Mrs Edie Miles who was drafted to work on the production of shell caps in Slough and Edie Stacey who went to work at Hawkers Aircraft.

This was a far different life from that to which she was accustomed having been in domestic service at Eton College. Her brother Frank recalled the trials of walking the three miles to work at that time. The winter weather of 1941/42 was first wet followed by frost which made the muddy track from Eton Wick known as the Slypes, (Wood Lane Fields) to Slough very treacherous. The track being very narrow the only way to keep one’s balance and to get along was to resort to hessian bound over our shoes. On one occasion Edie had to wait sometime after getting to work for the added hessian sacking to thaw to enable her to remove her feet from her footwear. 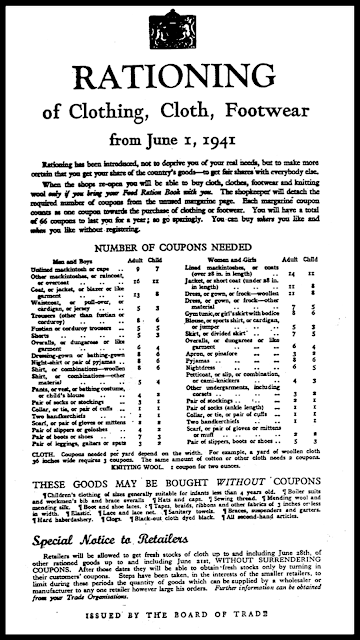 Clothes rationing had put a coupon value of seven on a pair of shoes or boots. To lessen the interruption from air raids to munitions production, machinery was installed in suitable premises of any size and one such workshop was at Ernest Martins, Undertakers of 92 Eton High Street, to manufacture DZUS Fasteners that were used to retain inspection panels on aircraft and other equipment.