German aircraft continued to fly over the district most nights throughout the months of April and May to raid the cities of Birmingham, Coventry, Leeds, Sheffield, and London. 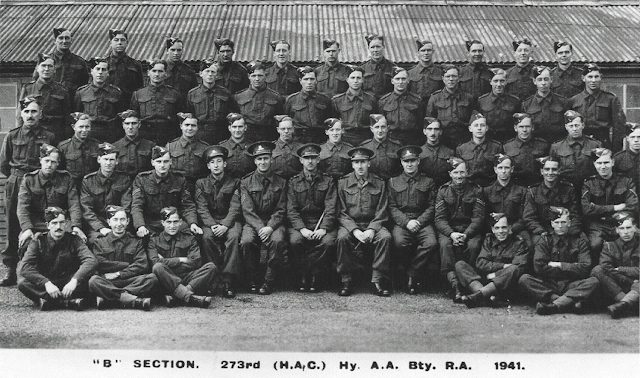 Len Downs, now residing in Dorney, was serving with 273 Bty. H.A.C. A.A. equipped with 3.7" mobile guns, machine guns and searchlight and he recalled that the troop were frequently called to action whilst stationed on Dorney Common during this time.

Whenever the guns were in action there was always a danger of injury and damage from falling shrapnel but sometimes no air raid alert sounded and with no warning the guns would commence firing. My experience of falling shrapnel was whilst using the public phone situated near the village hall, when the firing began and odd pieces that fell onto the road ricocheted hitting the phone box with a loud frightening bang. The intense gunfire rattled doors and windows, greenhouses and garden sheds also suffered from the explosions. At night, even if the guns did not fire, those living close by the camp were awakened from their sleep as commands of range, height and bearing were shouted to those manning the guns.”

Fortunately, the local schools were on holiday as bombs and incendiaries fell in the district. Two incendiary bombs fell on Eton Wick school, one falling on the roof whilst the other fell through into the infants’ room where a cupboard was set on fire doing slight damage.
“A number of incendiaries had dropped across the allotments below the school in Sheepcote Road. Searchlights were sweeping the sky in search of the enemy planes whose dull drone seemed to be continual. I rushed about the allotments piling soil on the burning bombs. Within minutes the flames would burn through the soil and the operation was repeated. It was on this night my father became Eton Wick's only air raid casualty. The school like most public buildings had a wall of sandbags about six feet high along the old buildings main wall.
My father, an Air Raid Warden, was on duty near the school and could see the incendiaries burning inside the building. Realizing that the blaze had to be tackled immediately he climbed onto the protective wall of sandbags and using one of the bags broke the window to gain entry. He then climbed through to extinguish the fires. On getting through the broken glass, he cut his hand. After the fire was extinguished it was pointed out to him that all his effort to affect the entry was unnecessary as the school door was always left unlocked for just such an emergency."
(Frank Bond).
This is an extract from Round and About Eton Wick: 1939 - 1945. The book was researched, written and published in 2001 by John Denham.
Posted by Steve Denham at 06:00