During the night the Germans carried out the first of three consecutive raids on the city of Swansea and throughout the night the local anti-aircraft sites engaged any stray bomber that came within their range. About 9pm an enemy bomber evading the gunfire dropped bombs on Windsor causing damage and casualties at Gardeners Cottages and Duke Street. A family from Vansittart Road sitting at supper together with an Air Raid Warden died in this attack.

The ever-mounting demand from Eton Wick residents for air raid shelters in the village had met with some visible success. Blast walls at the village hall to give protection for the L.C.C. school children had been completed and air raid shelters for the village were nearing completion. Fifty years on some older residents had fond memories of the shelter in Common Road, near the Greyhound public house, as being a good place to do one’s courting. Design, construction, and location of brick-built surface shelters had to comply to certain specifications. Upon inspection a number of surface shelters built in Eton were condemned by the Ministry for having been built with lime mortar; it fell upon the contractors to rebuild them at their own expense to the required standard.

This is a report that appeared in the Daily Telegraph about the air raids that hit London and Swansea on February 19th 1941. 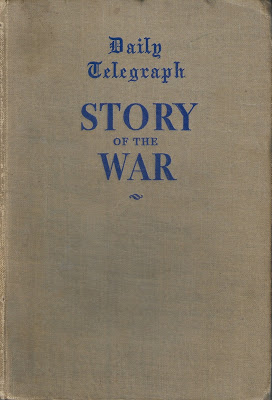 London and Swansea were the main targets of German air attack.

When a London hospital was hit by a high-explosive bomb, nurses attending a staff dance ran out in their evening dresses and worked throughout the night helping to rescue the trapped patients.

The bomb scored a direct hit on a block in which there were sixty-nine patients. The building collapsed in a mass of woodwork and masonry, and beds and patients were flung in all directions.

Rescue work was carried out by the light of torches.

"I have never seen such marvellous work," one of those present stated. "I think a member of every Service was there. There were sailors, policemen, A.R.P. workers off duty, and some Army officers. The nurses did not seem to mind about their evening dresses, although by the morning many of them were torn to shreds."

From the part of the block still standing injured patients were carried across an iron bridge to another part of the hospital.

An orderly who was on duty as a fire spotter said:

"We were standing against a wall opposite the block waiting for incendiaries to drop. We could hear the music from the dance, and then suddenly there was a tremendous explosion, and we were flung into the air. When we got up, we all went and fetched blankets and hot drinks for the workers, and also helped the doctors throughout the night.

" The last man to be brought out was a patient whose legs had been pinned down by a heavy piece of masonry for several hours. Although in severe pain, he laughed and joked with him rescuers all the time. A doctor gave him morphia, and another man gave him a cigarette."

The hospital chaplains, one Church of England and the of her Roman Catholic, ministered to the dying and comforted the injured. They had the highest praise for the medical superintendent, doctors, and nurses who worked amidst the chocking dust and fallen debris, giving hypodermic treatment to sufferers.

This was the second time this hospital had been bombed, Another London hospital - a children's hospital - was hit by two bombs, but, though the damage was fairly considerable, there were no casualties.

The German bombers which raided Swansea apparently flew in from the direction of Brest and Cherbourg. At the same time British 'planes were themselves raiding Brest and Calais.  The German bombers came over in continuous waves. The first arrivals dropped thousands of parachute flares and firebombs. So numerous were the incendiaries that the whole town was lighted up as if by an enormous firework display.

This report appeared in the Daily Telegraph Story of the War volume 1 that covered the period from war being declare don 3rd September 1939 to 2nd September 1941. John Denham was given the series that runs to five volumes by his brother.

Email ThisBlogThis!Share to TwitterShare to FacebookShare to Pinterest
Labels: 1941, John Denham, Local history, Round and About Eton Wick 1939 - 1945, WW2