No reference has been found to confirm George as an Eton Wick resident before he was married, at which time he, and Alice May his wife, set up their home at No. 6 Clifton Cottages, Common Road, Eton Wick. These were old terrace houses situated between The Greyhound public house and Sheepcote Road, long since demolished and replaced by Georgian style homes.

The Eton Parish Magazine recorded a son being born in 1904 and christened Peter George. Regrettably, the baby only lived nine months and was buried on May 27th 1905. At this time George was 23 years old. With the outbreak of the Great War he decided to volunteer for the Army, regardless of belng over 30 years old and having two young children. A Parish Magazine booklet lists him as serving by the end of the first year of the war, and his service was with the Battalion Royal Berkshires, a new army (Kitchener) Battalion formed at Reading and trained at Colchester. On July 24th 1915 they embarked for Boulogne.

Unlike many units the 6th Berkshire were perhaps fortunate in having plenty of time to familiarise themselves with the terrain over which they would attack in the Battle of the Somme on July 1st 1916. They were positioned on the right of the British 18 miles line when they advanced from their trenches near Carnoy. Their early objectives were quickly taken as they pushed toward Montauban, despite suffering approximately 350 casualties, half of the Battalion's initial attacking strength. The following day they were relieved and returned to Carnoy. They saw further Somme action on July 18th and again between the and 21 st at Delville Wood, resulting in more casualties. On July 24th they were moved to Armentiéres and two months later returned to the Somme fighting where they manned front line trenches at Thiepval and participated in the capture of Regina Trench. The following year the Berks were engaged in the Third Ypres Battles and were in action between the Sanctuary and Glencourse Woods. On October 22nd, with Third Ypres drawing to a close, there was yet more fierce action in the Poelcappelle sector. 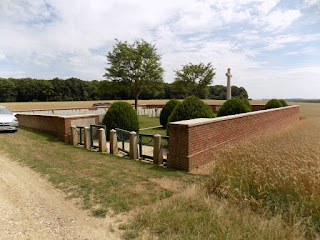 In February 1918 the 6tl Battalion Berkshire was disbanded and it is believed George was then transferred to the 8th Berkshire, who took their place with the 18th Division. The following month the German army launched a massive attack against the British line, causing many miles of hard won territory to be evacuated. By July the Germans had advanced to a varying depth of up to 40 miles on a front stretching from Ypres to Reims, but nowhere had they destroyed the British/French defence that had stubbornly withdrawn under the attacks.

George Baldwin was killed on or about April 24th 1918, during the Anglo/French defence of Amiens. At that time the 18th Division was heavily engaged south of Villers Bretonneux. The local newspaper in July 1918 reported his death and then wrote:

Dearly Loved Husband of Alice May Baldwin — Greater love hath no man than that he lay down his life for his friends,

We miss him, Oh! no tongue can tell
How much we loved him or how well
God loved him too, but he thought best
To take him home with him to rest

And again on the anniversary in April 1919 the same paper:

We often think of days gone by, When we were all together
A shadow o'er our life is cast, Our dear one gone forever
Sad thoughts may wander round our hearts, And tears they often flow
But to your sad and lonely grave, Our thoughts do often go

The Hangard Wood Cemetery is a pretty little British war cemetery in the Somme department of France. The cemetery contains 161 graves, of which 58 are British, 61 Canadian, 17 Australian, 5 South African and 20 are French. Situated in a very rural roadside setting, it is surrounded by a low brick wall and planted with Irish Yew Trees and flowering shrubs. The village of Villers Bretonneux is approximately 2 % miles north of the cemetery.

George is commemorated on the Village Memorial as P. G. Baldwin and also on the Memorial Tablets on the Eton Church Gates as Peter Baldwin. The Commonwealth War Graves Commission however list him as G. P. Baldwin and the 'Memoriam' entry in the local paper from Mrs Baldwin names him George Baldwin. He was 36 years of age and left a widow and at least two children. The family lived in the same house for several years after the war.

This is an extract from Their Names Shall Be Carved in Stone
and published here with grateful thanks to the author Frank Bond.
George Baldwin: The Commonwealth War Graves Commission page.

George Baldwin:  The Lives of the First World War page.

Note. George Baldwin was born in Windsor in 1882 and the 1901 Census records that he was living at 22 Russell Street with his widowed mother Mary and three siblings. He was a house painter. 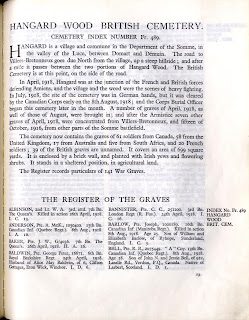 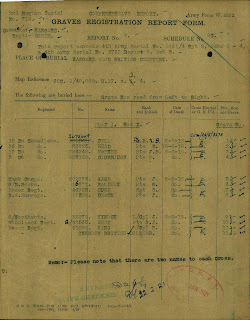 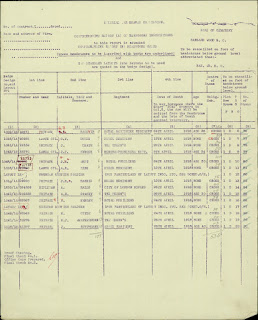 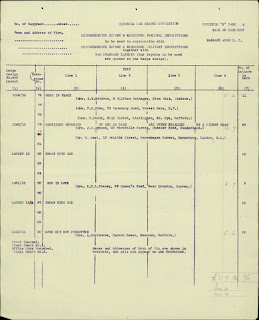