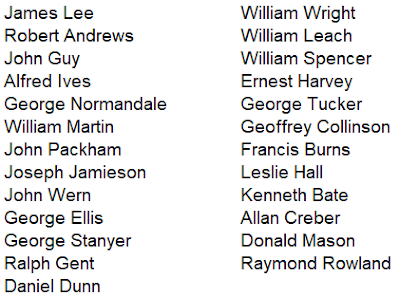 Local Preachers belonging to the Chapel

These are lay men or women appointed to preach anywhere in the Connexion, but who normally preach at churches within their own Circuit.

The date give is the year they first became a Local preacher.

Eight trustees were originally appointed in 1886, but by 1933 these had been reduced to only three. It was resolved to draw up a new trust deed and to increase the number to twelve. Two of the original trustees retired. By 1952 it was again necessary to elect new trustees to bring the numbers up_ to twelve again. For ninety years the trustees were responsible for the fabric of the chapel, in 1976 duties came to an end with the passing of the Methodist Churches Act which transferred responsibility to the Church Council.