The Eton Wick and Boveney Womens Institute Group had over the autumn and winter months of 1941 pursued a vigorous campaign of National Savings to bring their grand total to £3000 with 18 shillings to spare.  In the last six months of 1941, £607 had been raised this compared with the £240 raised for the same period in 1940.  Four street collectors had made big efforts which were shown on the indicator board outside the Village Institute. Mrs Weller collected £112 to show 28 artillery shells on the board. Miss Hessey and her group raising £75 for 19 shells whilst Mrs Laverty with £59 buying 15 shells. Mrs Brown collecting £52 to show 13 shells on the indicator. For the same period, the Methodist Church collected £1413. 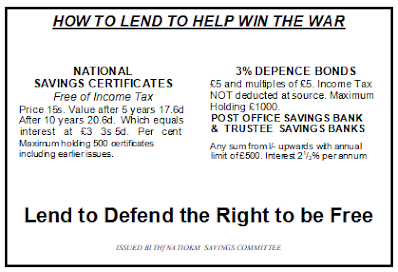 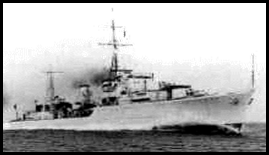 For this special National Savings week, Windsor and Eton it was decided that both would get together in a joint effort to reach their goal. A target of £15,000 was set for Eton and Eton Wick.

The week was officially opened at New School Yard, Eton College by Rear Admiral Bellairs and a guard of honour was mounted by W.R.N.S., Home Guard and the Civil Defence Services. 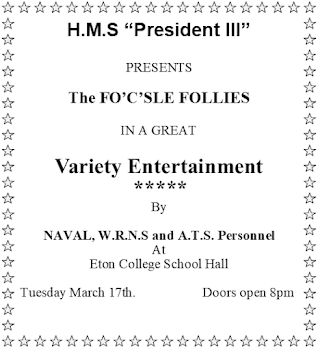 The Foc'sle Follies concert party of HMS President III opened the weeks entertainment with a show at Eton College School Hall. Eton Wick raised £50 from the proceeds of a Dance, Bring and Buy sale and a Whist Drive. The combined total raised was £17,000 thus exceeding the target figure by £2,000.

H.M.S. President III was the Administrative Unit for the D.E.M.S. Service (Defensively Equipped Merchant Ships) and dealt with all aspects of administration for naval D.E.M.S. gunners all over the world. The headquarters located at Dedworth Manor, Windsor, also accommodated some of the Wrens.   WRENS were also billeted at Hodgson House, Eton College, with male Naval Staff billeted with householders in Windsor.

The task of President III as recounted by Wren Iris Barton,

“I joined the Wrens in October 1940 from my hometown of Cardiff and was posted to Bristol, where HMS President III were operating their main DEMS Division.  I was a Writing (the Navy equivalent to a clerk). Soon after my arrival in Bristol the city was heavily bombed which was frequent in the ensuing months and for this reason we were evacuated to Windsor and Eton. I was in Hodgson House, Eton College and others were in Clewer House (since demolished).   Each day we were bussed to Dedworth Manor to work.  Most Wrens worked as Naval Pay Clerks, but my particular job was to pay the shipping companies for the victualling etc. of naval ratings on merchant ships and later I calculated the pay of Merchant Navy gun layers.  It was interesting work, and I loved the beautiful area, in spite of the cold winters with no heating in our workplace, Hodgson house reeked of age and ink!. I believe only the façade remains."

The Wrens took an active interest in the town– there were regular dances at ‘The White Hart’, we marched down Peascod Street, rowed on the River Thames, and we were a great source of curiosity to the Eton College boys when we first arrived.  We put on an entertainment in one of the College halls and even sang the ‘Eton Boating’ song.

On free days we searched out the tea shops and visited many of the lovely surrounding villages.  Some of the girls from Clewer learnt Bell Ringing.  Other members of President III formed A Girl Guide Sea Rangers group which met at Eton.

A call from the Castle to the Petty Officer in charge of the group made the request for the then Princess Elizabeth to join the Sea Rangers.  The unit was delighted but as the Princess could not leave the royal grounds the meetings would have to take place at the Castle and on the banks of the lake at Frogmore.

Some of us were invited to the Castle to see our present Queen made a member of the Sea Scouts.

In 1942 a ‘Warship Week” was held in Windsor to raise money and the Corn Exchange was the venue for a display of torpedoes, depth charges etc. It was there that I met my future husband, who was a torpedo man and was visiting many towns in the area (a week in one town and then moving on to another) to demonstrate the weapons. We married a year later and at the end of 1943 I left the Navy as I was expecting my first child. We emigrated to Australia in 1949”.

Edna Skinner recalls that Wrens were stationed in the area from 1941 when "the ship" moved from Whiteladies Road. Bristol until 1945 when ‘the ship’ moved to Chelsea. HMS President III was located at Dedworth Manor with its WRNS staff accommodated at Hodgson House Eton College. We understood that this building had been condemned as living accommodation for the College but was considered suitable for the WRNS (perhaps this story was apocryphal).  As the staff grew, Clewer Park owned by Mrs  Mosscockle, and situated   near   Clewer Church, was   taken over as another and took me to Uxbridge.  (Blue Bus service. Windsor to Dorney) Three days later I was back at Dorney with a fatigue party on the clean-up operation for the 608-advance party. A posting later to the Datchet site was also a remembered experience. First Wrennery.  Male Naval staff, many of whom were survivors of losses at sea, were accommodated in private houses.

D.E.M.S. service dealt with pay, supply, and other aspects of DEMS gunners all over the world - even dealing with the effects of those lost in action.