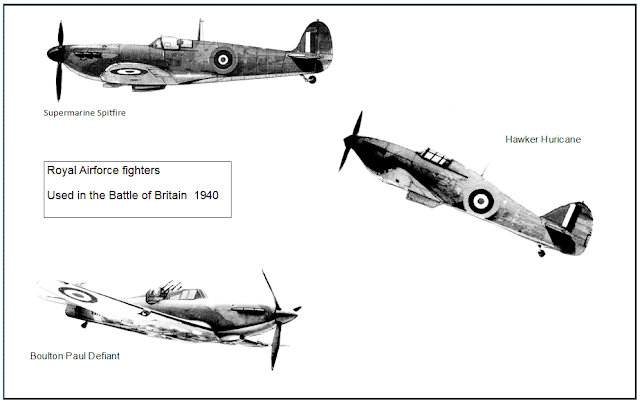 Air raid warnings were now more numerous with air activity over the area daily.  In the early hours, an enemy aircraft dropped bombs on Slough. A direct hit destroyed a house, but the family escaped injury, unfortunately a passing R.A.F. Officer was killed.  Fierce ack-ack. fire from the local batteries ensued but no hits were obtained. As the Battle of Britain intensified the soldiers manning the guns on Dorney Common were at action stations almost continuously. Village residents living close by the camp hearing the shouted orders and other activity connected with bringing the guns to action harboured fears that the site would be subjected to aerial attack. 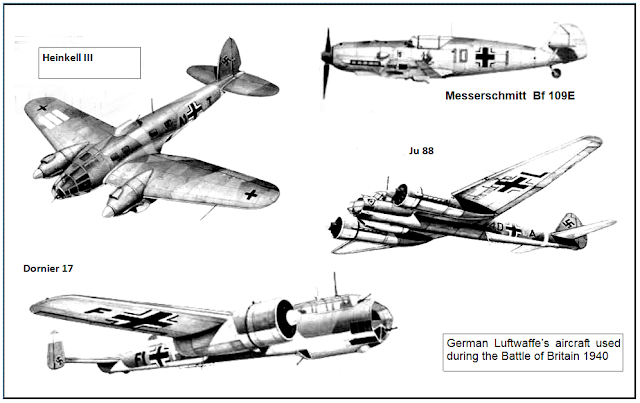 The alert sounded just after breakfast and lasted about one hour.  At the village school the pupils gathered in the classroom ready to take shelter under their desks if a raid should develop.  It was a fine day, towards London vapour trails formed in the sky as the high-flying RAF fighter aircraft fought with the attacking planes. There had been intense night and day raids during the week over much of the south of England.  Concentrated attacks were carried out on fighter bases and aircraft factories attempting to eliminate the RAF fighter defence.  Hawker’s Brooklands factory producing Hurricane fighters was a designated target, but RAF fighters intervened shooting down six of the attacking force. The remaining attacking Messerschmidt 110’s missed the target and bombed the Vickers factory at Weybridge causing damage and casualties.

At 8 pm the code-word ‘Cromwell’ (Invasion imminent) was sent to London, Southern and Eastern Commands - the Battle of London had begun.  Local memory has revealed that a light aircraft was available to fly members of the Royal Family at Windsor to safer locations using Agars Plough as an airstrip.  The Village Hall Committee was informed by a Major Hutton that the army would billet troops on the ground floor of the hall for the duration of hostilities.  This proposal did not materialize but troops were billeted at the Methodist Chapel, Tough Memorial Hall for two nights in 1943. Village residents had little sleep during the night (Sept 7th and 8th.) as German planes circled overhead preparing for their bombing run on London. The raid, which lasted more than six hours, started huge fires lighting the night sky with a red glow.

Throughout the night the anti-aircraft guns around Slough went into action whenever enemy planes were within range.  Enemy activity continued each night during the following week.  Air raid alerts lasted from late evening until the early hours of the following morning. Random bombs were dropped in the Slough district, but no deaths were reported.

A fine day which brought large formations of German planes to attack London.  The formations of R.A.F. fighters were clearly seen from vantage points around Slough and Windsor as they engaged the Nazi planes in the defence of the city. Spitfires from 609 squadron patrolled over the Windsor area.  It was claimed at the time that the R.A.F. had shot down 185 enemy aircraft. After so much activity six days passed without the sound of the siren (Sept. 16th. -- 21st.) only to wail their warning again at 10.30 pm on the 22nd.  Several bombs were dropped over Slough resulting in a large number of houses being damaged with one person killed and several being injured. The local ack-ack batteries were in action and some very loud explosions were heard.

Attacks by enemy aircraft approaching London from the west brought frequent air raid warnings to the Slough - Windsor area, consequently the area became part of the West London early warning district. German planes on their approach to London during the last two nights of the month met with heavy ack-ack fire.  Two houses were destroyed, and four evacuee children were killed when oil bombs fell at Salt Hill, Slough, during the night of 28/29th.

Another fine day with six local air raid alerts as the Luftwaffe attacked London. This, the 82nd day of the Battle of Britain, was the last massed daylight raid on the capital. In the late afternoon British fighters engaged a hundred bombers escorted by Messerschmidt fighters.

At about 5pm. a German Messerschmidt of 7/JG27 Nr 4851 Bf109E-1 fighter which had been on escort duty to the bombers became separated from the rest over Windsor Forest.  Conflicting news reports at the time stated that the German pilot was attacking two Anson aircraft when he was engaged by a British fighter which scored hits to the radiator and petrol tank.  Diving out of the clouds the pilot attempted to land near Queen Anne's Gate, Windsor Great Park. but overturned during the forced landing smashing wings and fuselage. The pilot was thrown clear with no injuries.

Other reliable sources state that the fighter on escort duty to the bombers was attacked over Surrey and damaged by Pilot Officer P.G. Dexter of 603 Squadron. A New Zealand Air Force officer who was driving through the park at that time was able to arrest the German pilot. The plane, the first to be shot down in this area attracted many sightseers and later it was put on display outside the old Windsor Post Office.

The German pilot, Oberleutnant Fisher, has given a different explanation, saying that his own Messerschmidt 109 was unserviceable that day and he had to fly the spare Me109. Over London the plane developed engine trouble and all his efforts to stay airborne were to no avail, so he looked for a suitable site to land.   He   had   not seen any anti-invasion defence obstacles against airborne landings until it was too late and avoiding   these had made it  difficult  landing  the  aircraft . The first person on the scene was the lodge keeper at Queens Anne Gate who found the Nazi uninjured after a lucky escape and speaking in good English, the German asked the lodge keeper for a cigarette. An armed guard was mounted on the crashed plane which attracted crowds of sightseers.

The Messerschmitt in Windsor Great Park’ a picture by war artist Paul Nash
Courtesy of the Tate Gallery Creative Commons CC-BY-NC-ND (3.0 Unported)
This is an extract from Round and About Eton Wick: 1939 - 1945. The book was researched, written and published in 2001 by John Denham.
Posted by Steve Denham at 06:00