Albert Stallwood was born in High Wycombe in 1892 and apparently spent most of his early years living in Langley. When he left school he first took employment at a local farm in Langley and later became a carman at Slough's G.W.R. station. He married Emily Edith King in 1914 and this was probably when he moved to Eton Wick. They set up their home at No. 13, Castle view Terrace, Victoria Road, Boveney, and on March 1st 1915 Harry Albert was born. The christening took place on September 5th 1915 and two months later, on December 11th Albert enlisted in Windsor for the Life Guards.

The Life Guards, together with the Royal Horse Guards, constitute the prestigious Household Brigade: the soldiers of the Sovereign and as such they enjoyed a higher rate of pay than most other soldiers. Before joining the 2nd Battalion in the field Albert would have spent several months in training.


The Brigade, meanwhile, was actively engaged on the continent, taking part in violent fighting during the Battle of Langemarck, 21st to 24th October 1914, when as dismounted troops they manned trenches between Zonnebeke and St. Julien; and at Gheluvelt from the 29th to 31st October, when they were forced back to Klein Zillebeke. At this time two squadrons of the Life Guards were wiped out. They were again in support at Hooge during the battle of Nonne Bosschen on November 11th 1914. The following year brought further heavy casualties in the trenches near the Ypres-Zonnebeke road, May 8th to 13th, during the second battle of Ypres, and in September 1915 the 3rd Cavalry Division was again pressed into action during the battle of Loos.


Albert Stallwood was not involved in these early engagements but the survivors were. about to become his comrades and, when trained, he was surely going to be a replacement for one of the many casualties. During the 1916 Somme offensive, the Guards were kept in readiness behind the front line for a cavalry breakthrough which never came. Modern warfare with machine guns and trenches was not suitable for cavalry charges. By this stage of the war Trooper Stallwood would have been in the field with the 2nd Life Guards.


The following year in the Battle of Arras the Household Cavalry were again ready to exploit a breakthrough but again the opportunity was denied them. By 1918 it had been decided to re-train the Household Brigade, as machine gunners. The 1st and 2nd Battalion Life Guards were to become the 1st and 2nd Battalions Guards Machine Gun Regiment. On March 10th 1918 they commenced their training at Etaples, on the Boulogne to Paris coast road. This was completed by the middle of May.

On Whit Sunday, May 19th, when a fresh draft of 128 men had arrived, the great complex of hospital camps and training grounds of Etaples was subjected to a surprise Gotha bomber raid. It was 10 p.m. and the 2nd Battalion left their quarters, preferring to be in the open. The 1st Battalion stayed in their tents. One hour later a single bomber returned and two of the 1st's four companies were obliterated. In all 43 soldiers were killed and 82 were wounded. The fatalities included Charles Godwin of Eton Wick, (1st Battalion) but Albert Stallwood, being in the 2nd Battalion, was unharmed. On May 23rd the 2nd Battalion re-entered the line, joining the IV Corps at Warloy while the 1st's went back to Arras. They were in action during fighting on the Hindenburg Line between September 12th and October 9th 1918. 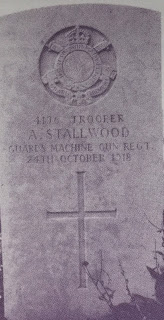 On September the 18th the 2nd Battalion fought in the line at Villers Faucon, and again on the 29th with the 46th Division in the crossing of the St Quentin Canal. Both Battalions were in action together near Wassigny between October 17th and 25th. At this time Albert was wounded and he subsequently died of wounds on October 24th 1918. The Windsor & Eton Express reported:


He was buried at Prémont British Cemetery, Plot 1, Row B. Grave No. 5. The cemetery is one mile S.E. of the village of Bohain and 12 miles N.N.E. of St Quentin. It contains 572 burials of the Great War, with 521 being soldiers from the U.K., seven Australians, six Canadian, one each from India and South Africa and 36 Germans.


Albert was 26 years old and he left a widow with two children. Happily Emily married again, and to a former service friend of her late husband. As Mrs Thurston she continued to live at 13, Castle View Terrace for some years. Albert Stallwood is commemorated on the Eton Wick Memorial and on the Eton Church Memorial Gates. 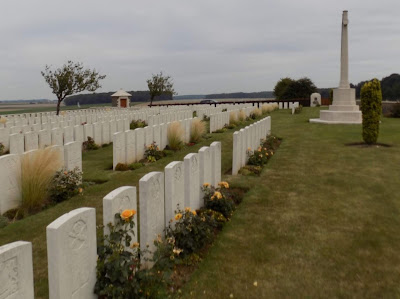 Albert Stallwood:  The Lives of the First World War page. 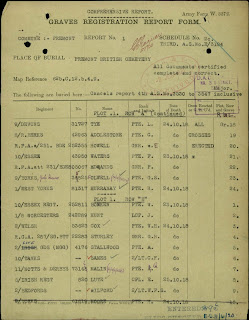 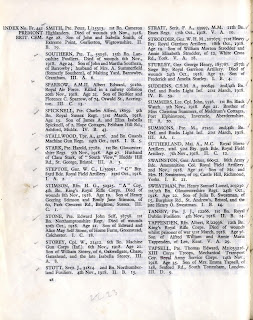 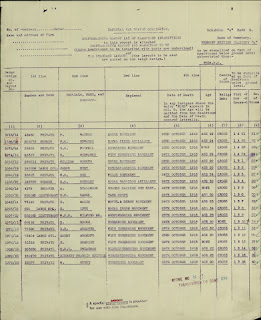 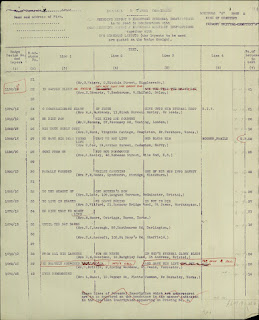 Headstone records courtesy of CWGC
Posted by Steve Denham at 06:00

Email ThisBlogThis!Share to TwitterShare to FacebookShare to Pinterest
Labels: Remembering the fallen, Their names shall be carved in stone, War Memorial, WW1