Charles Godwin's home address until he married was 11 Parson's Green Lane, Fulham. He was a regular peacetime soldier serving as a trumpeter in the band of the 1st Life Guards. As a bandsman he had trained at the Kneller Hall School of Music. He was one of several guardsmen who, while stationed at Windsor, met and married local girls. After he married Nellie Bunce his home address was given as Rosedale, Eton Wick. This was a fine detached house, next to the parsonage, home of local farmer and village councillor Mr Henry Bunce and his family. The Bunces had always been very supportive of Nellie, and when the Godwins had a baby daughter in 1915 they were pleased to accept yet another new addition to their household.

The Life Guards, together with the Royal Horse Guards (the Blues) constituted the Household Brigade 'the soldiers of the Sovereign". On August 4th 1914, the day war was declared, the 1st Life Guards were at Hyde Park, and on September 1st they moved to Ludgershall along with the 2nd Life Guards and the Royal Horse Guards. On October 7th 1914 the Brigade moved to Zeebrugge, and a week later were en route to Passchendaele, east of Ypres. An account of this journey by a Life Guard office, Lord Worsley, states:

The day before yesterday we were in the saddle for 17 hours, scarcely off one's horse all that time; then 2 hours rest and off again for 16 hours.

The village of Passchendaele in 1914 bore no comparison to the utter devastation and carnage of later in the war.

Charles was a bandsman, but in wartime the musicians were usually used as stretcher bearers within their unit, and most probably he would have been engaged in this other role from time to time. The Guards of the Household Regiment were better paid than other soldiers. Privates received Is 9d (9p) a day, whilst other cavalry privates received 1s 2d (6p) a day and the infantry privates 1s 0d (5p) a day.

Both Battalions of Life Guards were involved in the October Battle of First Ypres. At the end of the month they bore the brunt of a German attack south of Zandvoorde and were forced back to Klein Zillebeke after suffering very heavy casualties. The following month they had further action against the Prussian In May 1915 they fought, Guard at Nonne-Bosschen, again with heavy losses. dismounted, during the Frezenberg Ridge actions. They fought on the Somme in 1916, and the following year, as a unit of the Household Cavalry, they stood by in readiness for the breakthrough of the enemy lines during the fighting in Arras. The chaos of a modern battlefield, together with machine guns, made such a cavalry attack quite impractical however. On March 10th 1918 it was decided to retrain the 3rd Cavalry Division and designate them The Guards Machine Gun Regiment (G.M.G.R.).

The 1st Life Guards becoming the 1st G.M.G. Battalion the 2nd Life Guards the 2nd G.M.G. Battalion, and the Royal Horse Guards the 3rd G.M.G.B. They went into training for their new role in April/May 1918 at Étaples, on the French coast, between Boulogne and Paris. Étaples was in fact a series of military camps and hospitals spread over a large coastal area. It was during this period of training that Charles Godwin died. His daughter Lilian said she understood her father was killed while playing with the band in hospital grounds by a German aircraft returning from a raid over England.

The facts are marginally different. On May 19th 1918 Whit Sunday, 20 to 30 Gotha bombers raided London, killing 44 and injuring 179 people. Seven planes were shot down. At 10 pm two squadrons of Gothas attacked Étaples. The 2nd Battalion left their quarters for the open spaces, One hour later, another Gotha plane attacked the camp. On this occasion, the tents and two companies of the 1st Battalion were hit. The toll was 43 killed and 82 wounded. No mention is made of the band playing, but allowing for the late hour, and it being Whit Sunday, it is very probably the band did play in front of a hospital but earlier on that day.

Trooper Godwin was among the 43 killed. Four days later the training was completed and the machine gunners went to the front, near Arras. The Windsor and Eton Express of June 8th 1918 printed:

Softly at night the stars are gleaming,
Over his silent grave,
Now he is safely in God's keeping,
One we have lost, but could not save.

Charles is buried in Étaples Military Cemetery, France. It is a large cemetery, the grave is in Plot 66; Row C; Number 14. The recorded deaths in the cemetery are: 8,786 UK, 1,122 Canadian, 461 Australian, 261 New Zealand, 113 other allied and 655 Germans. His widow, Nellie, married again and as Mrs Slade had two more children. At one time she kept the shop at what we now know as Taylor's Court and later, lived at The Grapes public house (later renamed The Pickwick) where her husband was the landlord.

Charles's age is not known, but was probably in his mid-twenties. He is commemorated on the Eton Wick Memorial and on the Eton Church Memorial Gates.

This is an extract from Their Names Shall Be Carved in Stone
and published here with grateful thanks to the author Frank Bond.
Charles Godwin: The Commonwealth War Graves Commission page.

Charles Godwin:  The Lives of the First World War page. 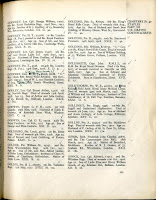 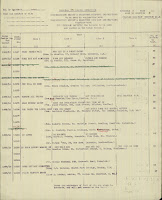 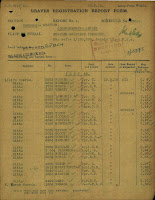 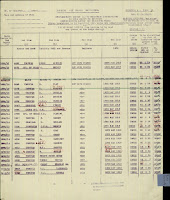 Note: Charles Godwin was born on 4th September 1890 and christened at St Andrew's Church, West Kensington on 27th March 1892 during the same service as his younger sister Violet.