Isaac was born in February 1897 and was one of a large Eton Wick family. He attended the 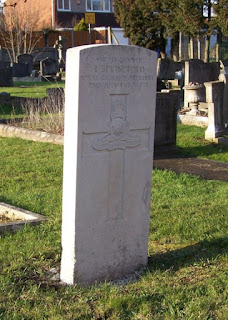 village infants school until 1904, when at the age of seven he went to Eton Porny. The school register records his home address as 4, Hope Cottages, Common Road but some years later the family home was at 3, Victoria Place, Common Road a move along the road of about 100 yards. On February 28th 1910, in mid-term, Isaac was just 14 years old and he left school. The reason recorded in the register was "to help father". It was not recorded what father did apparently took up employment at Eton College, in the service of Mr Headlam and was later working in the Officers' Mess at Windsor's Combermere Barracks.


He enlisted with the 2nd Battalion Life Guards, and it is possible that he was a soldier at the time of his barrack employment. There were six Springford brothers serving in the forces by 1918, although only two of these are recorded in the Parish Magazine in 1915 as serving at the end of the first year of war. These were Albert and Harry who both survived the war, although Albert was wounded in 1916. We do not know the date Isaac joined the Life Guards or the date he transferred to the Royal Garrison Artillery.

The 2nd Battalion Life Guards served on the Western Front as part of the 3rd Cavalry Division from October 1914 until March 1918 when they left to become No. 2, Battalion Machine Gun Regiment. Perhaps this change of role precipitated Isaac's transfer. 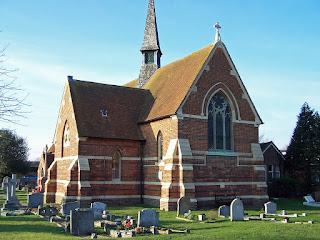 
We regret to record the death of Gunner Isaac Springford of 3, Victoria Place, Eton Wick, of the Royal Garrison Artillery, Son of Mr Springford of Eton Wick. The deceased was formerly in the service of Mr Headlam of Eton College, and was subsequently employed in the Officers' Mess at Combermere Barracks. He joined the 2nd Life Guards, and was afterward transferred to the R.G.A. While in France he was badly gassed and died at the Canadian General Ontario Hospital, Orpington; Kent on July 2nd (1918). He was 21 years old. This is the second son of Mr Springford, lost in the war, and Ihur others are still serving. The deceased was buried with full military honours at Eton Wick, the body having been conveyed home. The band and two troops of Life Guards attended, and a large number of the village was present to show their sympathy and respect for the deceased, who was much esteemed. The vicar, Reverend Evans assisted by the curate of Eton Wick officiated.

The Great War had claimed the lives of two Springford brothers, but it spared the other four. William George Springford was one brother who returned safely after service with the Royal Flying Corps. By W.W.II he was living in Eton and himself had four sons and a daughter serve in that war.

Isaac has a standard Commonwealth War Grave Commission headstone in the Eton Wick Church Yard. He was unmarried and 21 years old. His name is also on the tablets at the Eton Church Gates and on the Eton Wick Memorial. Springford is still a well known Eton Wick name.


This is an extract from Their Names Shall Be Carved in Stone
and published here with grateful thanks to the author Frank Bond.
Isaac Springford: The Commonwealth War Graves Commission page.

Isaac Springford:  The Lives of the First World War page.

The 1911 Census records Isaac's father, William Isaac working as a Fly Driver. Isaac is recorded as being an Errand Boy.

Isaac Springford signed his Attestment document on December 2nd 1915 at the Cavalry Barracks in Windsor and his age is given as 19 years and 18 days. This would indicate his date of birth as November 14th 1896. His Army service records are held in the National Archive and they show that he transferred to the Royal Garrison Artillery on December 20th 1917. After more than two years of home service, he was transferred to France at the beginning of April 1918, he was a Gunner in the 521st Siege Battery. On June 24th 1918 the Battery suffered several casualties due to gas.