Joseph was one of a large local family. He first registered for school at Eton Porny on the 21st October, 1895 and left school in December 1902. In all probability he attended the infants' school in Eton Wick for two years before going to Eton. The family home in 1895 was recorded as 6, Bell Cottages, Alma Road, Boveney Newtown. Later the family moved to No. 4, Hope Cottages, Common Road, and some years later to 3, Victoria Place, a terraced house about eight doors along the same road from Hope Cottages. By the beginning of 1918 there were six Springford brothers serving in the armed forces. Two were destined to die before the November armistice, although Albert and Harry who enlisted early in the war, returned safely.

It is not known when Joseph enlisted in the army at Oxford, or what work he pursued before joining the 17th Battalion Sherwood Foresters, also known as the Welbeck Rangers. It was June 1st, 1915 when the Battalion was raised by the Mayor and recruiting committee of Nottingham. It was not unusual, at this early stage of the Great War, for Battalions to be raised by local dignitaries, towns, cities and even sporting associations. In October 1915 the 17th went to Aldershot as part of 117th Brigade, 39th Division. The following month they moved to Witley, and on December 10th were taken over by the War Office.

On March 6th, 1916 the Battalion arrived in France. The Battle of the Somme started at 7.30 a.m. on July 1st, 1916, but not until the end of August would the 17th Sherwood Foresters become involved. From the 24th August until the 28th they were being moved towards the front, and on September 2nd went into trenches near Beaumont Hamel. At 5.10 a.m. on the 3rd, 650 men and 20 officers of the Battalion advanced through No Man's Land and by 6 a.m. had taken the German front line. In attempting to advance further they met strong machine gun fire. At 1.50 p.m. they withdrew, having suffered many casualties.

That evening they fell back to Mailly Maillet Wood having sustained 454 killed and wounded of the original 670. The Battalion's first day of action was a bitter experience. Further Somme action followed at the Serre sector front line on September 20th, at Bertrancourt on September 30th and at the Thiepval sector of the front line on October 5th. It was here that the enemy attacked using flamethrowers before being driven back. The 17th Battalion were again in on the front line at Thiepval River sector on the 16th October. Subsequent action involved more hard combat near Senlis and Martinsart Wood.

On November 14th, with Somme battles drawing to an inconclusive end, the Battalion was relieved and sent to Warloy, Three days later they entrained at Candas for St Omer. In July 1917 the Battalion, still part of the 117th Brigade, 39th Division, were in the XVIII Corps of the Fifth Army and involved in the battles of Pilkem Ridge (July 31st) and at Langemarck; the Merlin Road Ridge; Polygon Wood and Passchendaele (in the Third Ypres) between August and November of that year. At this time they were with X Corps, Second Army.
The atrocious conditions of the Passchendaele offensive effectively ended in November when the German defence of the ridge was overcome. Three months later The Windsor & Eton Express reported:

Joseph was the first of two Springford fatalities. His younger brother Isaac died 4 ½ months later as the result of severe gassing and was buried in Eton Wick. Joseph is buried in the St. Sever Cemetery Extension, Rouen and his grave is No 73, Row K, Plot 6, Block P. The cemetery extension is two miles south of Rouen Cathedral and records 8,356 burials with a further 3,083 in the main St. Sever Cemetery to which the Extension is part. All these burials are of the 1914-18 war. The Extension contains 6,600 U.K. soldiers, 783 Australian, 311 Canadian, 271 Indian, 134 New Zealand, 88 British West Indian, 84 South African, 11 Newfoundlanders, three from Guernsey, one Bermudan, six unknown, one Egyptian, 44 Chinese labour force, 18 Italian and one Portuguese. The large number of different nationalities is due to the fact that the cemetery was for men dying of wounds or sickness in the No. 3 Stationery Hospital.

This is an extract from Their Names Shall Be Carved in Stone
and published here with grateful thanks to the author Frank Bond.
Joseph Springford: The Commonwealth War Graves Commission page.

Joseph Springford:  The Lives of the First World War page. 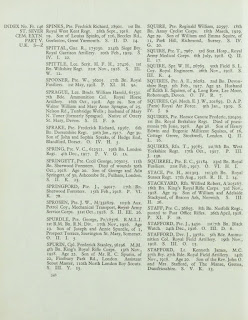 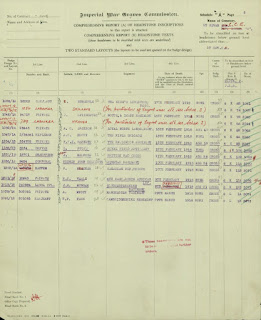 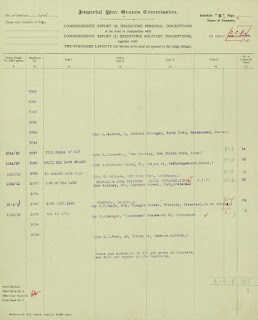 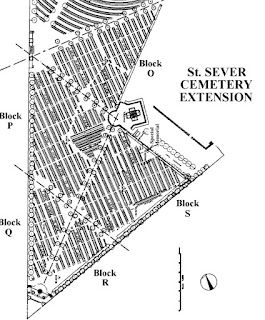