Angus was a Scot from Uig on the Isle of Skye. He had been a regular serving peacetime soldier and a former Pipe Major with the 1st Battalion Scots Guards.

At the time the Great War started he had most probably served his term of service and was living with his wife Lottie and two children at 5, Primrose Alma Road in Boveney Newtown. He enlisted in London. The name Bruce was first recorded locally in a Parish Magazine of 1904 which stated that a son was christened Angus George on January 11th that year. They also had a daughter named Ailsa, both good Scottish names. The father, Angus, was 23 years old when his son was christened and was almost certainly still in the Scots Guards.

August 4th 1914 found the 1st Scots stationed at Aldershot as part of the 1st Guards Brigade. 1st Division. They landed at Havre 10 days later and on August 20th they were transferred to the 2nd Brigade. The Battalion was very actively engaged during October and November in what was later termed the First Battle of Ypres. From October 26th they were holding the line near Chateau and three days later were fiercely resisting a strong German dawn attack. One estimate suggested there were well over 1000 German dead, with the Scots saving the day, despite their own heavy casualties.

When First Ypres finally ended the Battalion was reduced to one officer and 69 men, and of the B.E.F. it was said "The country's peacetime army had gone to its grave". Fresh drafts brought the Battalions back to numerical strength and September 1915 saw the 1st Scots Guards in action at the Battle of Loos. On the third day of the battle, September 27th, the Guards Division was brought up in support of the 21st and 25th Divisions, and although they made an initial advance they were later repelled. After two days of fighting the Brigade had suffered losses of 42 officers, and 1266 men.

The real loss, however, was not just measured in the numbers but in the irreplaceable experience of the professional soldiers. Of the few survivors, many were needed to train and command the tide of fresh volunteers and later, conscripts. joining the army. At some time Angus Bruce was transferred from the Scots Guards to the 12th Battalion Highland Light Infantry. There he won the highest decoration awarded in the Great War to any soldier recorded on the Eton Wick memorial.

For conspicuous gallantry and ability. After all his officers had been put out of action in an attack on the enemy’s front trench, Company Sergeant Major Bruce took command and handled his men with the great ability. He gave throughout the action a fine example, to all with him, of devotion to duty. 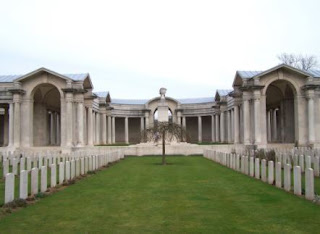 Angus served another two years before himself being killed. At some time he is thought to have been transferred to the 14th Battalion H.L.I. This was a Bantam Battalion which had been formed in Ayrshire in the summer of 1915 and arrived in France the following June. Perhaps Angus joined them on their arrival there. Bantam Battalions are made up of men below the normal acceptable height for soldiers.

The movements of the Battalion during the next 18 months are not very specific until the spring of 1918 when, perhaps conscious of the stream of American troops reinforcing the British and French, the Germans launched a massive attack along a 50 mile front on March 21st. This followed a shattering artillery bombardment by 6,500 guns. The 14th H.L.I., along with the other Battalions of the 40th Division, were being held in reserve. The front reached from three miles north of Arras to Le Fire, with the British Third Army north of the line and the Fifth Army to the south.

By the end of the first day, the 40th Division was brought forward from reserve in an attempt to stem the enemy advance against the centre of the Third Army positions. By April 5th, when the assault ended, the Germans had advanced up to 40 miles and taken 1000 square miles of territory. The British armies had suffered 160,000 casualties including 22,000 killed, 63,000 wounded and 75,000 prisoners of war.

Angus Bruce is recorded as being killed during the first week of the great battle, between March 21st and 27th 1918. The C.W.G.C. give the 27th as the accepted date. He has no known grave and is commemorated on the Memorial to the Missing at Arras on Bay 8. One year later, on March 29th 1919, The Windsor and Eton Express printed:

Angus Bruce - In proud and loving memory of Angus Bruce ex-Pipe Major of the 1st Scots Guards and Regimental Sergeant Major of the Highland Light Infantry D.C.M. Killed in action March 21st to 27th 1918. From his wife and two bairns - Angus and Ailsa Bruce of Boveney Newtown, Eton Wick.

Better lo'ed ye canna be
Will you no come back again.

This appears to be wrong, as no evidence is found of his being the Regimental Sergeant Major and all records list him as being a Company Sergeant Major. Lottie and the children lived on in Primrose Villas for many more years.

The Arras Memorial records the names of 35,928 men who were killed in the area and have no known graves. It stands at the entrance to the Faubourg d'Amiens Cemetery which itself contains 2,677 military graves. It is situated 1 ½ miles north-west of the Arras rail station.

Angus was 37 years old; he held the highest rank among the village's Great War Dead and was awarded the highest decoration given to an Eton Wick man in the conflict. He is commemorated on the village memorial and also on the Eton Church gates.

This is an extract from Their Names Shall Be Carved in Stone
and published here with grateful thanks to the author Frank Bond.
Angus Bruce: The Commonwealth War Graves Commission page.

Angus Bruce:  The Lives of the First World War page.

The entry for C.S.M. Angus Bruce in the War Graves Register refers to his widow, Lottie as living at 5, Primrose Villas, New Boveney instead of Boveney Newtown.