age of seven he went to Eton Porny. His parents were Alfred and Sarah and their home was No. I Albert Place, Common Road. When Henry was 10 years old the family moved beyond Dorney Common and he then left the Porny School and his school chums and presumably attended the Dorney Village School.


Sometime later they returned to Eton Wick and lived in 12, Castle View Terrace, Victoria Road. Father, Alf, was very well known and generally referred to as General Hill. Apparently, this was a nickname accorded him on account of being a handyman or tinker and was in no way a military achievement. His workshop was across the road from Castle View Terrace and a few years later it became William Hearn's garage-cum-workshop and bungalow home. This established the rights for later industrial use.


A register in the Kew Public Record Office records Henry as joining the Royal Navy for an engagement of 12 years in April 1913, 16 months before the Great War started. His age was given as 19 years, his height as 5 feet 3¾ inches and his civilian occupation as a cycle fitter.


Initial training was at Chatham Naval Barracks H.M.S. Pembroke before being posted to H.M.S. St. George. Four months later, in April 1914, he joined the battleship King George V. In January 1915, with the war five months old, Henry returned to H.M.S. Pembroke (Chatham) for further training. From May 1915 until July 1917 he served on H.M.S. Aster. The village memorial misleadingly records "H. Hill. - H.M.S. ASTER" perhaps inferring it was on Aster he lost his life. In fact, H.M.S. Aster was sunk on 4th July 1917 and almost certainly Henry was on the ship but survived the tragedy. Another man named Henry Hill was also a crew member, but he was a Devonshire man and 35 years old - he did not survive. On 26th July Henry returned to the familiar shore base of H.M.S. Pembroke. 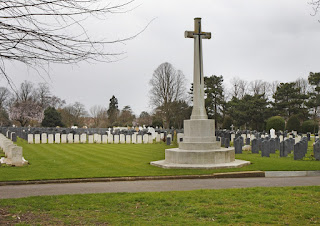 An Eton Wick lady remembered Henry who she thought may have joined the Navy together with her brother Roland Bond and Arthur Morrell. She said that he was killed in an air raid on Portsmouth. There was in fact no air raid on Portsmouth causing Navy casualties during the Great War, but there was such a raid on Chatham on 3rd September 1917. The raid was by four giant Gotha bombers, each carrying a 300 pound bomb load, at first attacking Margate and causing little damage before altering course for Sheerness and Chatham. About Il p.m. a bomb fell on the Chatham Naval Barracks killing 131 sailors and injuring a further 90. It was with a touch of irony that the village man escaped death at sea in July only to be killed in an air raid a few weeks later. It has not been established that the three young men did join together. Certainly in 1913 when Henry Hill enlisted Roland Bond was only 15 years old. He could have joined, but he was four years younger than Hill. He was amongst the guard of honour when the Eton Wick Memorial was unveiled in 1920 and it is not difficult
to imagine his thoughts as he stood proudly at one corner of the memorial and the haunting call of the Last Post rang out.


Henry was one of Eton Wick's and Boveney's two air raid fatalities of the Great War, both killed by German Gothas, and he was also one of the village's two sailors to lose their lives. The headstones in the Gillingham Naval Plot are very different to most C.W.G.C. headstones, being grey in colour and appreciably larger.


Henry's grave is No. 16 Row 837. He is commemorated on the Eton Wick and Boveney Memorial and on the bronze Memorial Plaques attached to the pillars of the Eton Church gates. He was single and 23 years old.

Henry Hill: There no record of Henry Hill on the Lives of the First World War as yet. 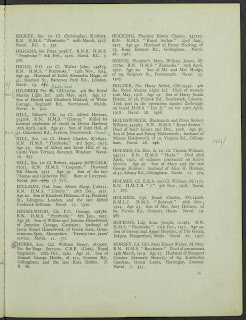 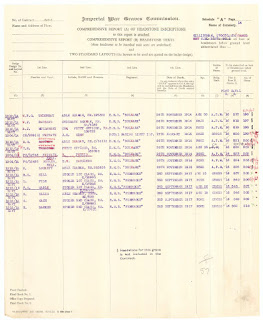 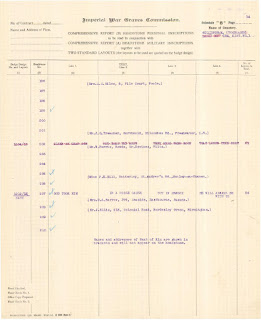