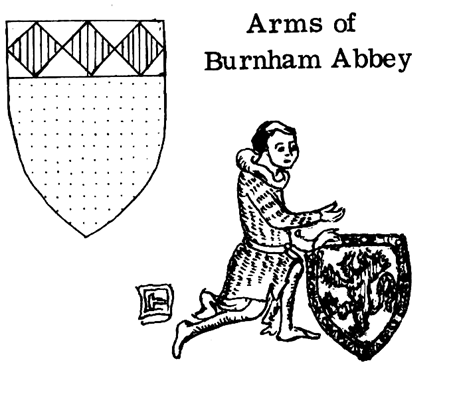 An event of 1391 was, perhaps, equally exciting, but not so pleasant. This was the year that Elizabeth de Cheriton, daughter of John de Huntercombe, and lady of the Huntercombe Manor of Eton, died.  As she left no children her three aunts became co-heirs of the manor. However, they had only been in possession of their lands ten days when it was forcibly seized by Giles Frenssh, William Mathue and 'other evildoers'. Giles claimed that he was the more immediate heir by virtue of his marriage to Elizabeth's sister, Maud. The matter was brought before an official enquiry and the results can still be read in the records of the Chancery. They make astonishing reading, for Maud, it was stated, had been a nun at Burnham Abbey for seven years before her sister's death, but had been 'by force of arms ravished, violated and  carried away' by Giles and forced to go through a marriage ceremony with him.  Giles protested that Maud was not a nun and the matter was referred to the Bishop of Lincoln. The whole affair dragged on for two years but eventually judgement was given against Giles Frenssh and he was ordered to restore the manor to the three aunts, Elizabeth, Agnes and Margaret. Burnham Abbey still stands, though now a home of Anglican nuns, and since the dissolution of the original abbey no land in Eton Wick has been connected with the Abbey; yet a tenuous connection can still be found in the guise of Broken Furlong. Today it is the name of a road, but for many centuries it was the name of part of South Field and part of the land given to the  Abbey by Prince Richard and mentioned in the Foundation Charter. 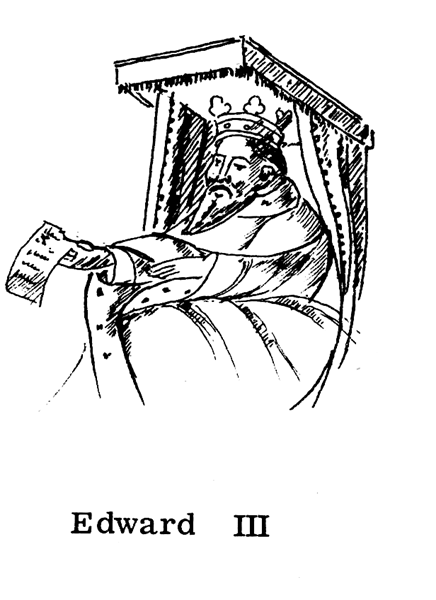 Perhaps of all the medieval lords of the manor it is to Edward III that the claim must go of having the most lasting effect on the village. He annexed an Eton manor much enlarged by the previous lord, Oliver Bordeux, his chancellor, to his manor of Windsor in the year 1358. This was not long after the Black Death, that terrible plague that killed over a third of the population of the whole country. The records do not give any firm impression of how Eton Wick was affected, yet the resulting shortage of labourers may well have been part cause of King Edward's subsequent action.

His expensive rebuilding plans for Windsor Castle were perhaps the more immediate cause for Edward in the order he gave to his Commissioners in 1359. This was that they should 'arrent as profitably as possible all the king's demenses in Eton to demise them at farm in fee (that is to lease the demense) or else for life or a term of years to sure tenants who are willing to take them and to extend in money all the customs and works of the king's bond tenants'. No longer would the home as part of the service they owned for holding their land, instead they paid extra rent (quit rent). The home farm though still intermixed in the open fields was leased to other tenants, and thus the king obtained, money for his building programme. Only a decade or so later a prosperous yeoman built a new house in the village. Its simple plan of an open hall flanked by a kitchen and pantry at one end and the solar at the other was typical of its time.  It still survives though enlarged, its timber frame visible only on the inside and its thatch long since replaced by tile.  This is Bell Farm, and it is tempting to suggest that it was built by one of the new tenants of the Crown who prospered.

But what of the village and villagers themselves?  The earliest reference to the Wick that I have found comes from the year 1217, a year when there was fear of a French Invasion and it is the carucage or land tax, imposed on each village and town to raise funds that makes mention of Eton Wick, in conjunction with Eton and Hedgerley. This suggests that the village was already large enough to warrant a separate mention.

Email ThisBlogThis!Share to TwitterShare to FacebookShare to Pinterest
Labels: 14th century, Judith Hunter, Local history, The story of a village