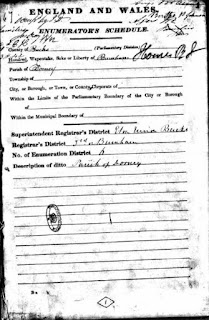 It should be noted that Dorney in 1841 included the whole Parish of Dorney. The 1841 record of houses and households is limited to Dorney Village, Dorney Common, Dorney Wood and Lake End with Dorney Court the only defined house.

The 1841 Census reveals that there were 61 houses, 86 households and 323 people resident in the village on the 7th June. The oldest person, Elizabeth Emery with a recorded age of 90, for the 1841 census she is likely to have been born between 1746 and 1751. The census schedule recorded no births during the first 5 months of 1841, there were 24 children recorded as 1 year old.

Click on this link to view the 1841 census transcription for Dorney. Or copy and paste this URL into your internet browser search bar.