An outbreak of Infantile Paralysis (Polio) in the district during August affected over eighty people in the Slough area with one case in Eton Wick. This outbreak prevented the village school from re-opening on the first day of the winter term.

This is just one paragraph from Round and About Eton Wick that I wish to add to. In 1956 I, along with my brothers, Prince Charles and Princess Anne were among a cohort of around 200,000 early recipients of the Salk Polio vaccine.

Does any one who lived in Eton Wick in 1956 remember being given the Salk Polio vaccine?

The NHS at 70 page on the practice of health wales website states: 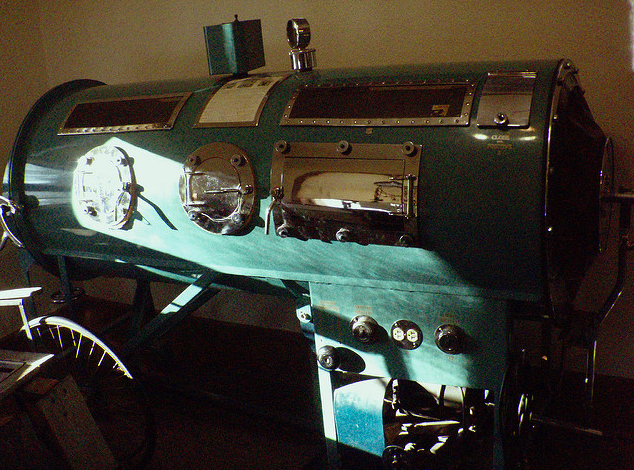 Polio: This incurable and deadly disease has also been eradicated from much of the world, including the UK.

Polio is caused by a virus that destroys nerve cells. It was a disease that used to threaten millions of people worldwide. At its peak, more than 1,000 children across the world were paralysed by polio every single day.

Those who contracted Polio were not only paralysed in their arms or legs, but also their breathing muscles, which put them at risk of suffocation.

The only way to keep children with polio-induced respiratory problems alive was to put them in a giant metal machine, called an "iron lung", to help them breathe. Hospital wards with children in iron lungs were common just 50 years ago. You may remember such machines yourself. If not, chances are you will have relatives who do.

Routine vaccination against polio with an inactivated virus began in 1956 and was later replaced in 1962 by the live attenuated oral polio vaccination, which was delivered on a sugar cube.

Following the introduction of the vaccination, cases of polio fell dramatically with the last outbreak in the late 1970s and the last British case of polio infection in 1984.

Email ThisBlogThis!Share to TwitterShare to FacebookShare to Pinterest
Labels: illness, John Denham, Local history, Round and About Eton Wick 1939 - 1945, WW2