Fred was a married man and came to live in Eton Wick from Datchet. His village address is given as "The Bungalow", and this is believed to be the bungalow at the east end of Victoria Road, Boveney. Until after W.W.II. the road was a cul-de-sac and "The Bungalow" was at the extreme end. His age was probably about 30. Most of the information gathered about Fred is from The Windsor & Eton Express dated November 16th 1918:

Amidst signs of the greatest respect, the body of Private F Colbourn was consigned to its last resting place, in the churchyard of Eton Wick, on Sunday last. The deceased had been a clerk in the parcel office of the London and South Western Railway, Windsor, for 14 years, and came from an old Datchet family. Whilst a boy he took the keenest interest in the 1st Church Lads' Brigade, Datchet, formed by Captain Folson, and one year he won the Challenge Cup for smartness and efficiency. He was also a boy chorister at St. Mary's, where he was much respected. For some time he has resided at Eton Wick, and there too was much esteemed.

He joined up on October 14th (1918) and was at camp at Rugeley, Staffordshire, attached to the Machine Gun Corps. Almost from the time of his joining, he was ill, and he succumbed in the camp • hospital on October 31st. The body, which had been brought from Rugeley; left "The Bungalow" his residence, about 2 p.m. and was preceded by a large number of railway employees, who were deeply attached to him, and among whom were Messrs. Coombs and White. The funeral rites were performed by the Curate in charge of Eton Wick, and a large congregation assembled in the church to pay their last signs of respect.

The floral tributes were exceedingly beautiful and included those from the National Union of Railwaymen, and fellow workers at Windsor. The railwaymen who bore the coffin were Messrs. Cox; Bowles; Barnett:, and Williams ('Windsor). Deepest sympathy is extended to the wife and child, and the family; at the early demise of one who had such a promising career. Mr Martin of Eton was the undertaker.

Fred Colbourn's death came after only 17 days military service and just 11 days before the Armistice. Presuming the local paper was published on a Friday, then his funeral was in fact on Armistice Day. His headstone gives his surname as Colbourn, with no "e"; and the unit as Machine Gun Corps; Inf; the memorial however spells his name as Colbourne and the unit as Machine Gun Coy. The memorial inscription has been followed here.

It is most unlikely Fred served long enough to handle a gun of any description. Conscription had been introduced for married men two years earlier and it is perhaps surprising he was called upon to serve so late in the war. The cause of death was not given, but at this time Spanish Influenza was ravaging Europe and causing thousands of deaths. Fred Colbourn was married with a child. His grave is west, centre of the churchyard and he has a C.W.G.C. headstone. He is commemorated on the Eton Wick Memorial and on the Eton Church Memorial Gates.


This is an extract from Their Names Shall Be Carved in Stone
and published here with grateful thanks to the author Frank Bond.
Fred Colbourn: The Commonwealth War Graves Commission page.

Fred Colbourn:  There no information on Lives of the First World War as yet.

Note. Fred Colbourn was born June 5th 1890 in Datchet, parents George and Alice were recorded as living at 6 New Road in 1891 census. 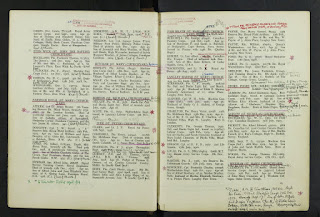 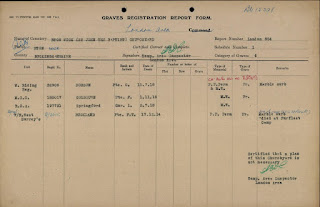 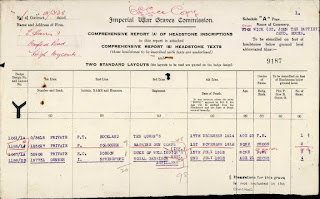 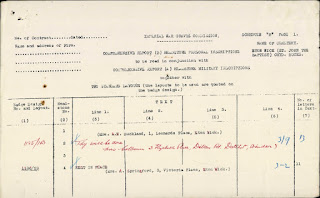 Headstone Records courtesy of CWGC
Posted by Steve Denham at 06:00

Email ThisBlogThis!Share to TwitterShare to FacebookShare to Pinterest
Labels: Churches, illness, Remembering the fallen, Their names shall be carved in stone, War Memorial, WW1