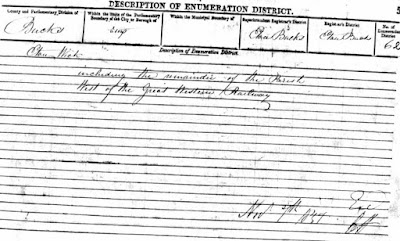 Click on this link to see our transcription of the 1851 census records for Eton Wick. We will be looking deeper into what the census reveals about Eton Wick and publish our findings in future articles.
Posted by Steve Denham at 09:55