Tony Anderson: Village recollections from the 1950's and 60's. 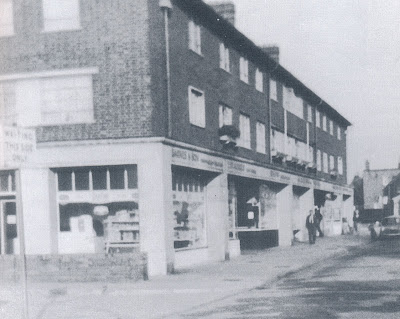 Roy Arnold was correct in saying that my Brother Jerry and I lived with our parents Arthur and Connie Anderson at number 13 Eton Wick Rd. They ran the Newsagents, Tobacconist and Confectioners; there was a barbers shop to the rear. Sadly my father passed away at his home in Princes Risborough in October 1992 and my mother a few years later. The other shops on the Parade were Mr Clark's Fish and Chips, Mr Arnold the Butcher, O'Flaherty the Chemist, Clinch the Baker from Eton, the Ormond family who ran Darvilles, the grocer from Windsor and Frank Bond the green grocer.

Younger readers who are still interested and not turned off by my ramblings will be concerned by the lack of Banks, Estate Agents, Charity Shops, Coffee Shops, Ladies Hairdressers, and Betting Shops, how did we manage without them.

Other businesses of note were of course J T Ireland the builder who was a local councillor and county councillor who completed the construction of Tilstone Close whilst I lived in the village. Bob Bond a haulier and Constructor, Ron Clibbon who was an accountant lived in Tilstone Close and traded from a shop in Eton High just a few doors from Gordon Painting's cycle shop. Also of note were the 3 Pubs, other small general stores and Mr Sibley who was the alternative newsagent in the village. There was also a Cycle shop operating from a Garden shed in a house at the end of Alma Road.

I suspect that many older residents will remember my greatest mark on the village was my painting my half of the semidetached house no 60 Eton Wick Road which is now 150 years old bright Blue, fortunately the next inhabitant had a little more taste than I and returned it to White. 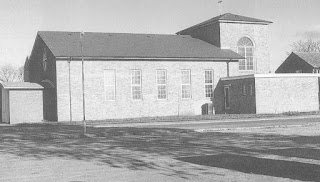 I would finally like to pay tribute to both my parents for their dedication of opening their shop for all those years from 6.00 am to 7.00 pm six and a half days a week for 364 days a year. They were also foremost in raising funds with many others for the Catholic Church. Prior to this Mass would be said on a Sunday in the village hall, but after a plot was designated by Eton Urban District Council the fund raising was continued in earnest. Once sufficient Funds had been raised, the Diocese sanctioned loans to be made and the Church to be built. I am indebted to Theresa Stanton on when it was finished which was in 1964 and I was married there in January 1966. What a great pity that it is reported elsewhere that services may end due to various factors.

Please accept my apologies if I have made any errors or omissions as my memory was never that good, as many paper round customers can testify from incorrect deliveries. I do however hope that these recollections jog a few memories.